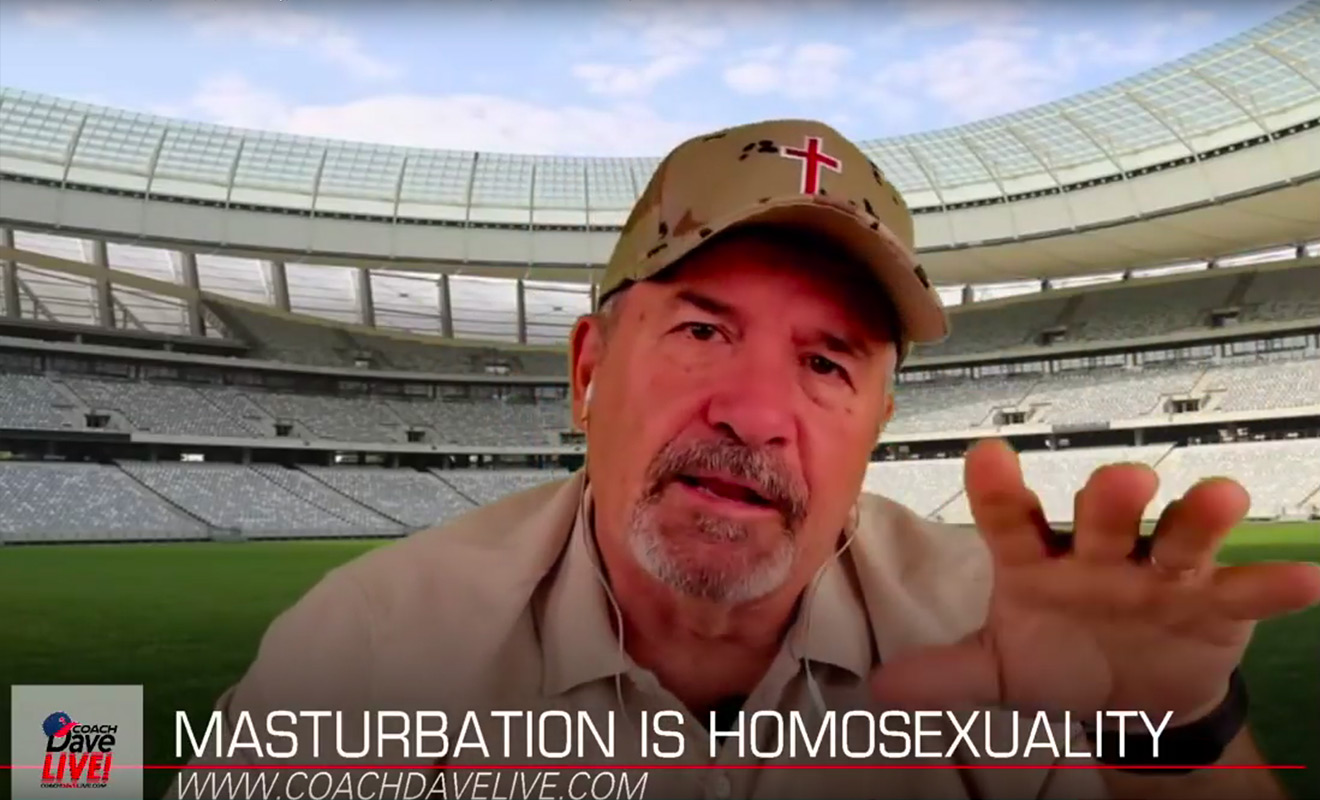 Controversial internet pastor ‘Coach’ Dave Daubenmire has called on his followers to take their children out of the American public school system because it is a “cesspools of sin and degenerate behaviour”, blaming pornography as the cause.

“You’re putting images of a woman in your mind, but you’re having sex with a man. It’s where the devil will take us if we give him free reign in our minds.”

The pastor likened the pleasure felt during defecation to that of an orgasm, calling both bodily functions, “the greatest feeling you could ever have”.

“This sounds awful, I’ve just got to say it,” Daubenmire forwarned his viewers seemingly embarrassed. “Sometimes one of the greatest feelings you could ever have is a bowel movement… The relief that comes, is that feeling any different to the relief you get when you have an orgasm? Both of them are temporary releases and feelings of pleasure, one of them is associated with sex and one isn’t, they are bodily functions.

Watch the part of the clip where this takes place below: