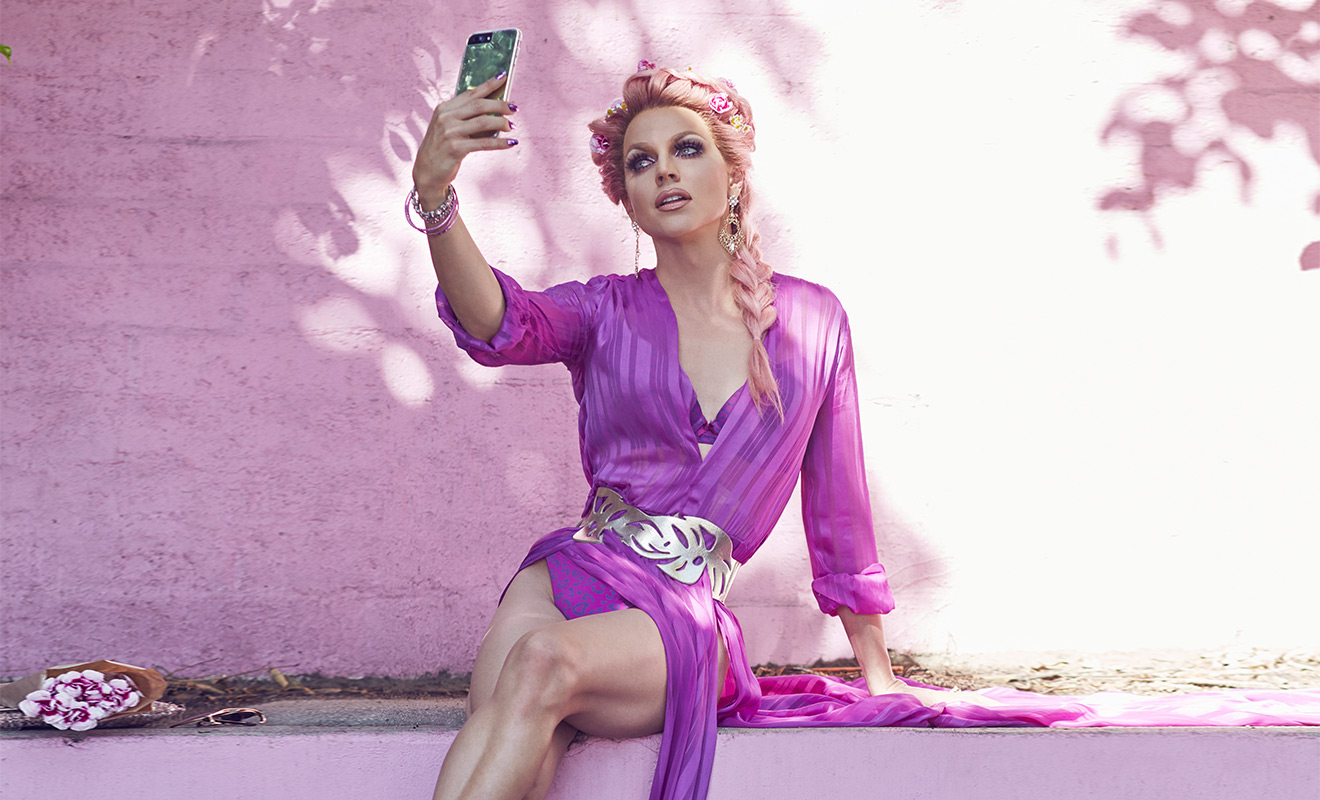 Congratulations to Courtney Act on winning Celebrity Big Brother in the UK. DNA spoke to our favourite drag diva before she went into the house on a wide range of topics from Trump to gender to feminism.

Your Christmas show in the US, A Lump Of Coal, sounds like it may have included a touch of climate politics?

A little. I realised that America couldn’t be trusted with nice things, so they got a lump of coal this holiday season.

Drag Race: who are you still friends with?

Bianca, Adore, Darienne and I are in a constant text message thread. We have a lot of love for each other. I love all the girls. They’re some of my favourite drag queens.

Who are your fans?

I know from looking at my internet statistical data that the majority are female, 16 to 25-year-olds, and 40 percent are men, who I assume are mostly gay. But in these changing times there are probably a lot of straight men in there as well, which I think is just dandy!

There are a lot of new terms floating around: gender non-binary, gender diverse, etc. What do you feel best suits you?

You made some YouTube clips where you were tested for HIV. You came back negative; had you prepared yourself for a positive result?

I thought it was important to talk about it and share the experience. I didn’t feel any shame; I felt a bit concerned but this was something I was learning and thought maybe other people could as well. Had I prepared for the results? I guess as much as you can. I guess… accept your reality as it is, not as you want it to be.

“At the Donald Trump rally everyone was so nice… then I realised I had a 6-foot-3, 280 pound, armed, off-duty police officer standing next to me.”

You went to a Donald Trump rally in Fairfield Connecticut in drag and interviewed his supporters. Did you feel safe?

At the time I remember thinking, everyone was so nice, then I realised I had a 6-foot-3, 280 pound, armed, off-duty police officer standing next to me, which probably had a lot to do with it being a mostly pleasant experience. It was interesting to have conversations with people, try and understand people more, find some common ground. I also went to the inauguration in drag, and the women’s march in Washington DC, which was totally epic. It was such an empowering, powerful day of inclusion, celebration and political activism.

This is DNA’s Next Big Thing issue. What do you think will be happening in 2018?

The two hot topics of 2018 will be feminism and our treatment of animals. We’re seeing a fascinating restructuring of our social landscape, the toppling of the patriarchy and the rising of women; it’s wonderful to see women and feminine energy being included and brought to the fore. Also, I’m a vegan, I don’t agree with factory farming. And maybe atheism. That may be a hot topic for 2018.

For the full interview with Courtney see DNA #216.

MORE: Courtney’s current Australian tour is Underneath The Covers and tickets are on sale at Courtneyact.com/under