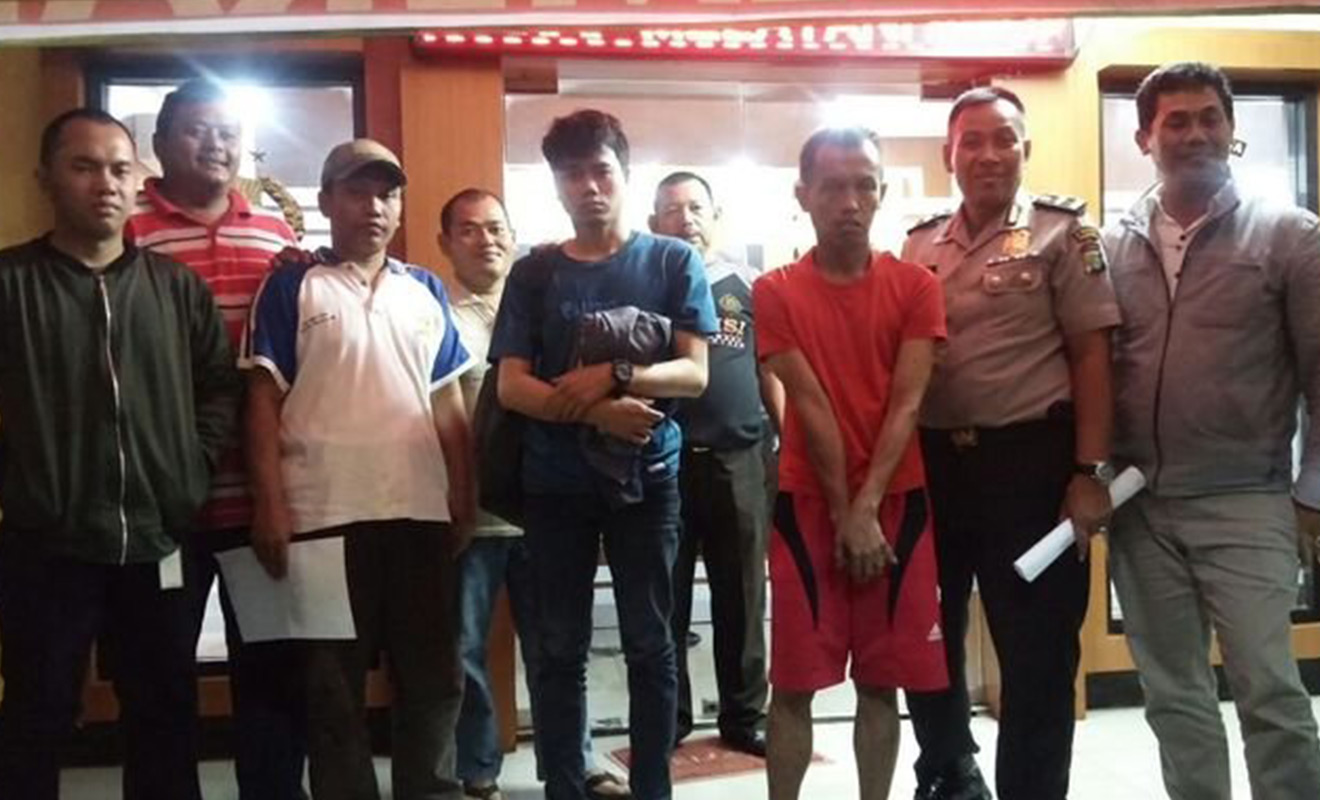 An anti-LGBT vigilante group (pictured) have raided a man’s house in the middle of the night after neighbours suspected him of being in a gay relationship.

Syaiful Adam (40), and another man Nurdin (28) were caught engaged in same-sex relations just after midnight on the 4th of March by the group who illegally entered the residence.

Chief of Palmerah Police, Kompol Aryono told Warta Kota news: “Residents raided the rented house and found Syaiful and Nurdin, are doing a relationship like a husband and wife.”

The couple were detained by the police and sent to a “Social Institution for further process by the Jakarta Social Department” says Warta Kota.

An Indonesian source told DNA that the couple are still detained against their will and are being forced to take part in “conversion therapy”. Local activists are in the process of setting up a safe house for the couple to move into.

Homosexual sex is not illegal in Indonesia – yet. However, the LGBT community lives in constant fear as hundreds of gay men, lesbians and transgender people have been detained over the past two years. In a crackdown on the LGBT community, the police and vigilante groups are seeming to work together outside of the law, ahead of the countries upcoming House of Representatives debate on a bill that will see homosexual and all pre-marital sex made illegal.

DNA has started an online petition, set up in conjunction with Indonesian LGBT activists, to lobby Australian politicians to bring up this important civil rights issue with their Indonesian counterparts. Previously, DNA has contacted the Australian Minister for Foreign Affairs, Julie Bishop and Shadow Minister For Foreign Affairs, Senator Penny Wong on the issue. Both replied at the time that they were aware of the escalating situation, with The Department Of Foreign Affairs And Trade confirming that, “The Australian Government regularly discusses these issues with the Indonesian government.”