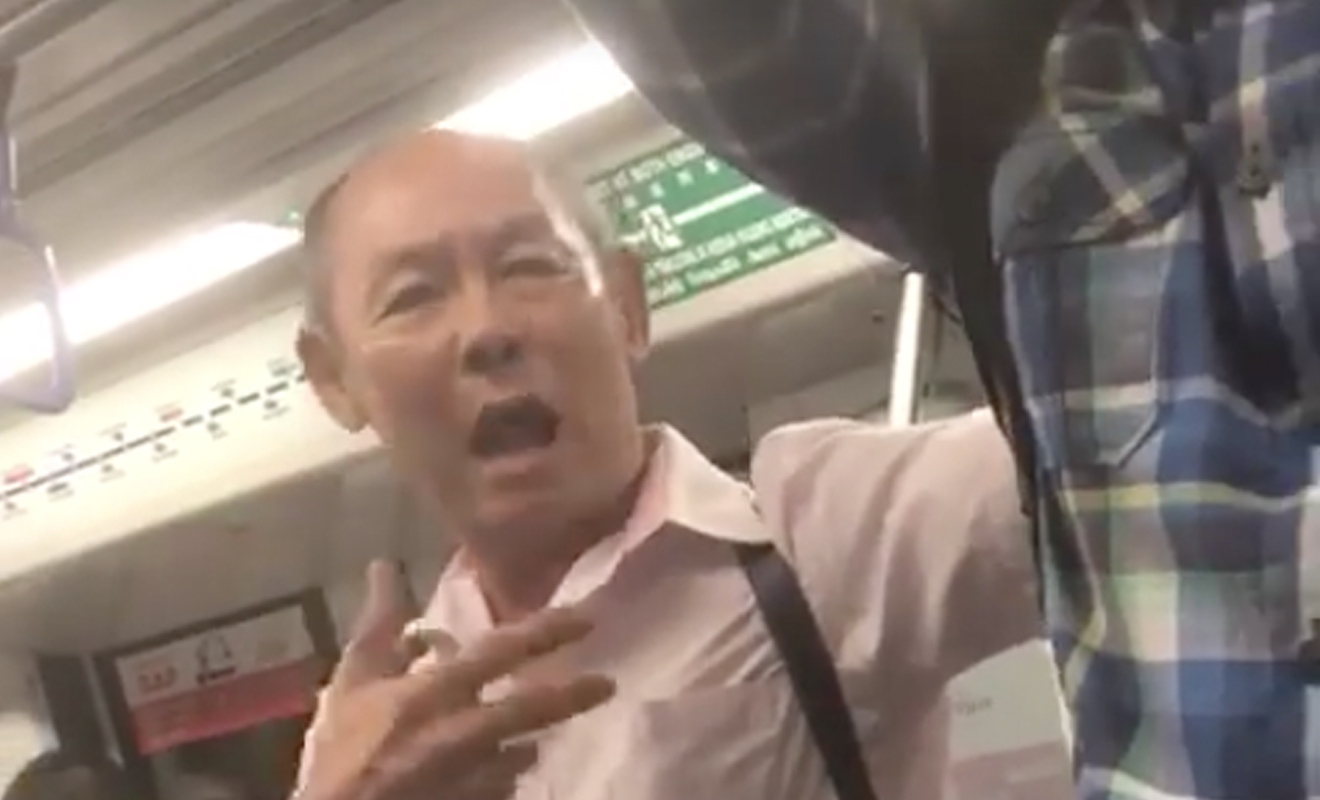 Almost a year since the incident took place, 71-year-old Gan Thean Soo has pleaded guilty in a Singapore court to one count of assault and harassment and could face a two-year jail term for his bizarre drunken sexual and physical assault of 25-year-old American, Joseph Flynn De Marini on Singapore’s MRT train service.

The incident filmed and posted on Facebook shows Gan begging to be fucked after he accused DeMarini of signalling to him that he was gay.

The court heard that Mr De Marini boarded the train with a Singaporean friend, Ms Li Zixin, 20, at Chinatown station at around 8.15pm on April 19 last year and they sat opposite Gan in the same carriage.

Mr De Marini ignored Gan when he noticed that he was staring at him as the train.

The elderly man then walked towards the American and told him: “I like you. I am gay.”

‘I want you to fuck me tonight,’ Gan said to him.

DeMarini told Gan that he is not gay to Gan before being slapped in the face, it was then other commuters on the train intervened.

“For those of you that don’t know: I’m not gay (not that it should matter). However, I don’t exactly fit the “masculine” mould of society, so oftentimes I am mistaken as queer–on several occasions around the world, for example, I’ve caught flak for carrying a “man purse.”