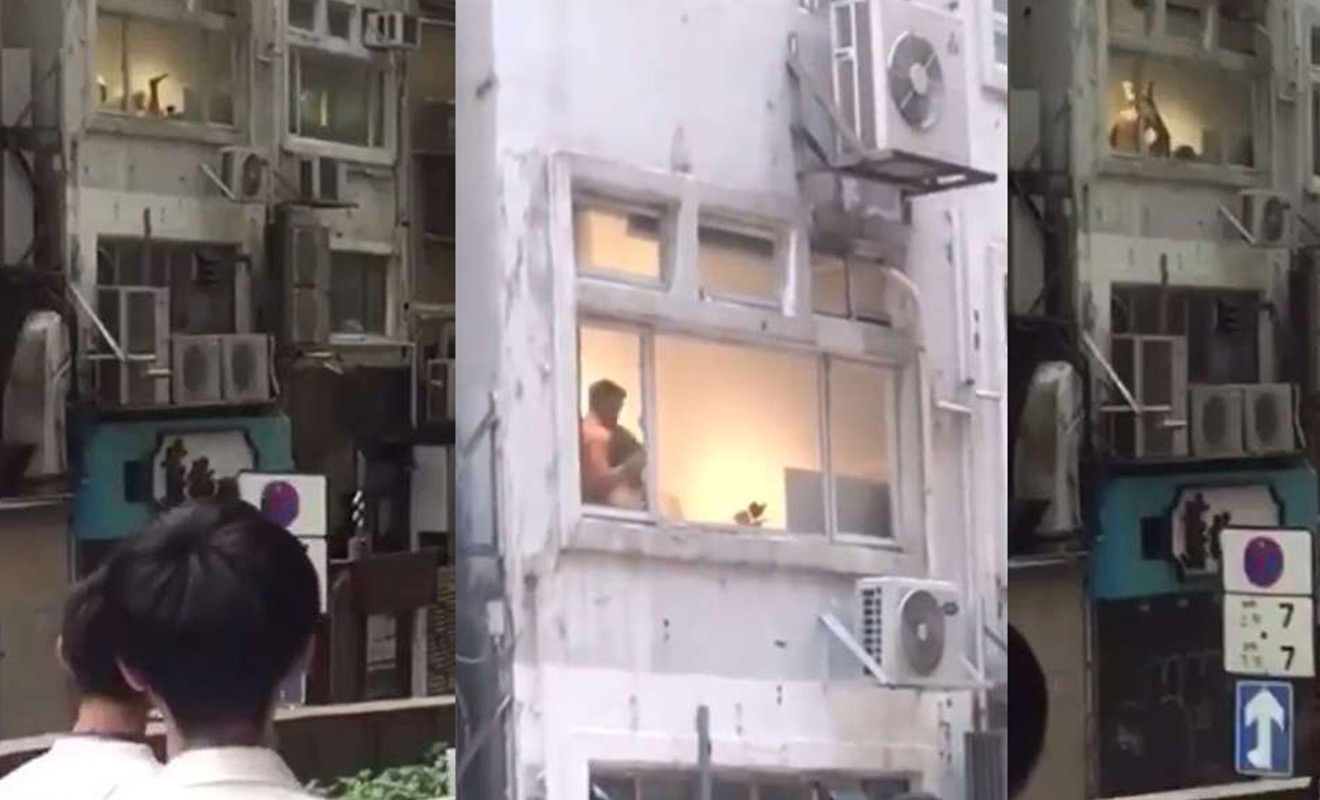 Hey, why not! Instead of watching the World Cup, residents of Hong Kong’s Sheung Wan neighbourhood looked up to watch a ball game where the players don’t fall to the ground pretend to be hurt when slammed.

Website shanghai.ist has shared a viral video of a voyeuristic – or oblivious – couple going for it “plough” style, ignoring the uncovered window of their apartment.

The street crowd can be heard suggesting that the pair might only be taking medicine or doing yoga, while another laughed and said, “Better than the World Cup.”

Despite the crowd’s chanting, this did not distract the couple.

When the couple finished, the standing man grabs a towel while his partner stood up.

Realising the partner was a man, the crowd burst into supportive cheers.

The Hong Kong gay sex video went viral on Chinese-language social media before being taken down for its sexual content.

Despite the fun of this story, there is concern that the couple could be fined up to 1,000 HK dollars and be sentenced for up to six months in prison for the public sex-act.

Local media reports that police are investigating the incident.