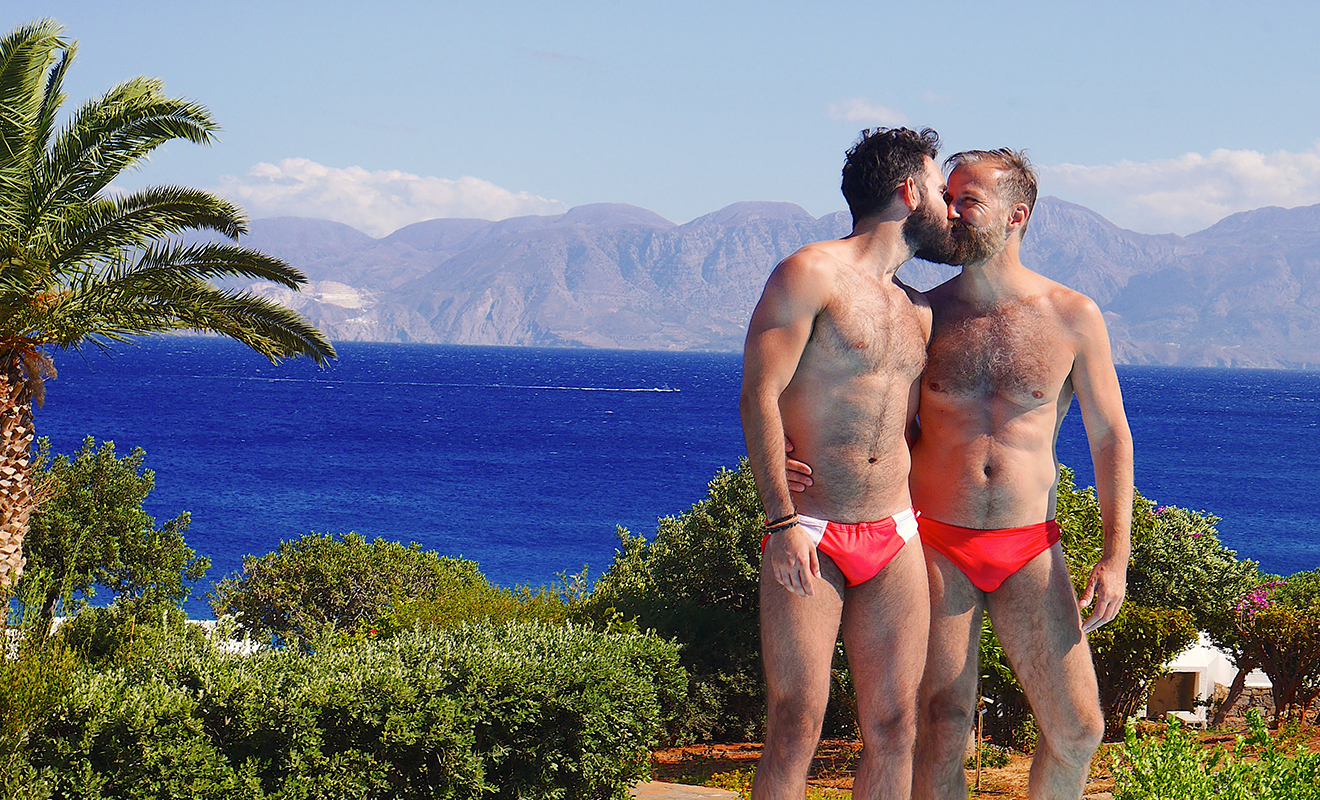 Attractions: Crete, which is the fifth biggest island in Europe is also the largest and most populated of all the Greek islands. Some well-informed folks believe it was another isle, Mykonos, which saved Greece’s economy. If you’ve recently visited this overpriced Greek island, so favoured by the gays, you’d have undoubtedly experienced severe financial hardship, too! Historical hotspot Crete, by contrast, is reasonably priced, less crowed and less cruise-y, which are all positive things if you’re on a gay honeymoon, right?!

Distractions: Okay, we need to talk seriously about this for a minute. The local Crete men, with their swarthy, smouldering complexions and steely-blue bedroom eyes, are not just a huge distraction they may derail your honeymoon altogether.

While tourism is the main business here, the island also supports itself through agriculture – the only island in Greece to make such a claim. A few years back there was a decision to build a huge container port on Crete but, mercifully, thanks to the dire Greek financial situation, that appears to be on permanent hold.

Avoid the straight honeymooners swooning around Santorini like they own this thing called love (and marriage).

Gay or nay? This is the country that invented Greek love! How much gayer do you need? Okay then, Lady Gaga and Rihanna both visited here recently, though not on their honeymoon!

To stay like a gay local in Greece, check out Mister B&B.