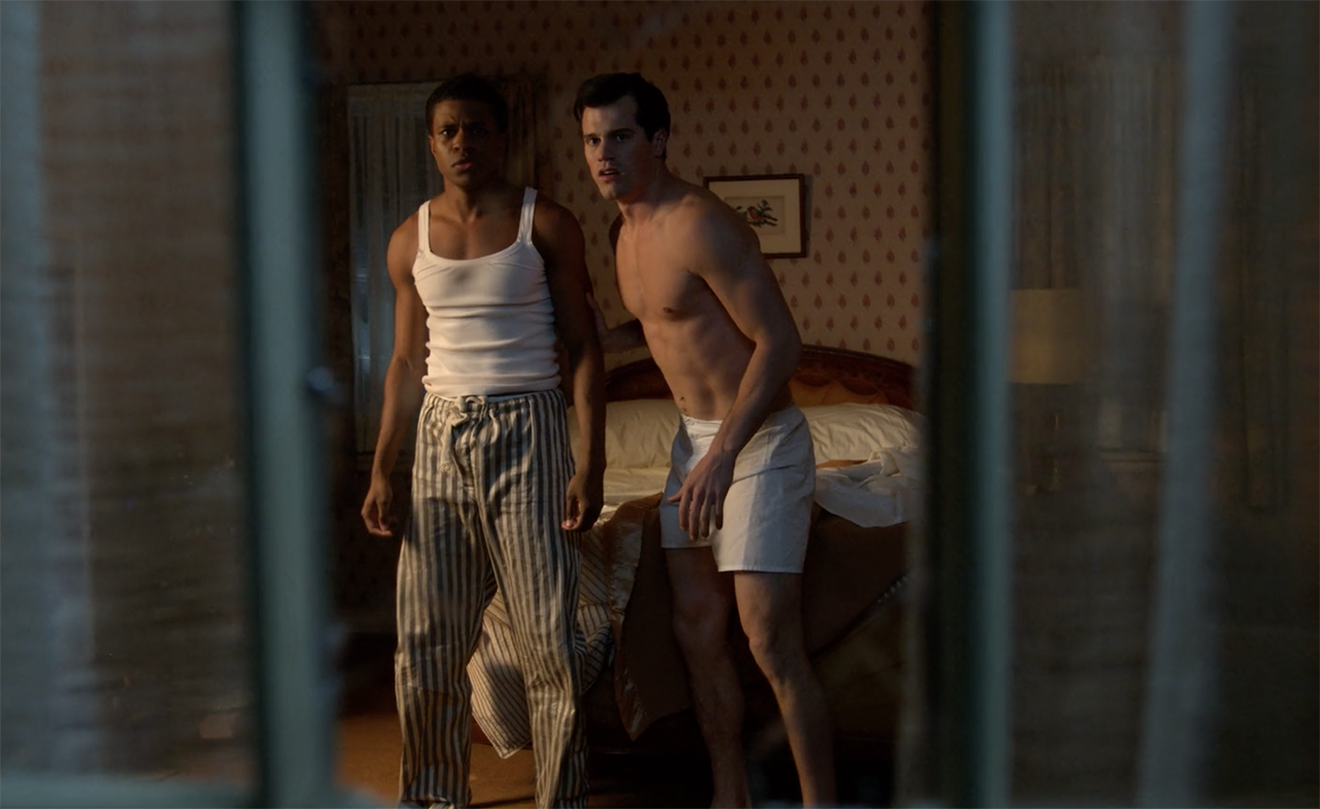 The latest release from Netflix Hollywood, will air on Friday 1 May, and according to one of the show’s stars there’s more nakedness on set than a gay club, Out Magazine reports.

Jim Parsons, who plays a Hollywood talent agent, told Ellen in an interview that there was so much nudity on set while shooting a pool scene it was “awkward and shocking”.

“I’ve gone to a lot of gay clubs in my time, and I’ve never seen that many naked people at once, ever. I don’t think that’s legal in most places,” Parson said. “We were surrounded by so many naked people. I just kept trying not to look, but there really came a point – I mean, it was hours we were doing this – I stopped not trying to look at some points.

“I was just like, you know what? What I really feel is admiration. To have that kind of relationship with your body that you’re able to just walk around naked in front of this huge crew, and all these other actors and everything, in and out of the swimming pool, I was like, ‘I am in awe.’ That is the healthiest, I think, type of [view],” Parsons said.

In the spirit of Hollywood, Parsons also gave impromptu impersonations of Clint Eastwood, Marilyn Monroe, Cher and Oprah on The Ellen Show to raise $10,000 for GLSEN, an organisation supporting LGBTIQ students.

Netflix has described Ryan Murphy’s Hollywood, as a show to raise awareness of “the unfair systems and biases across race, gender and sexuality that continue to this day”.

Hollywood airs on Netflix, Friday 1 May – watch the trailer below.