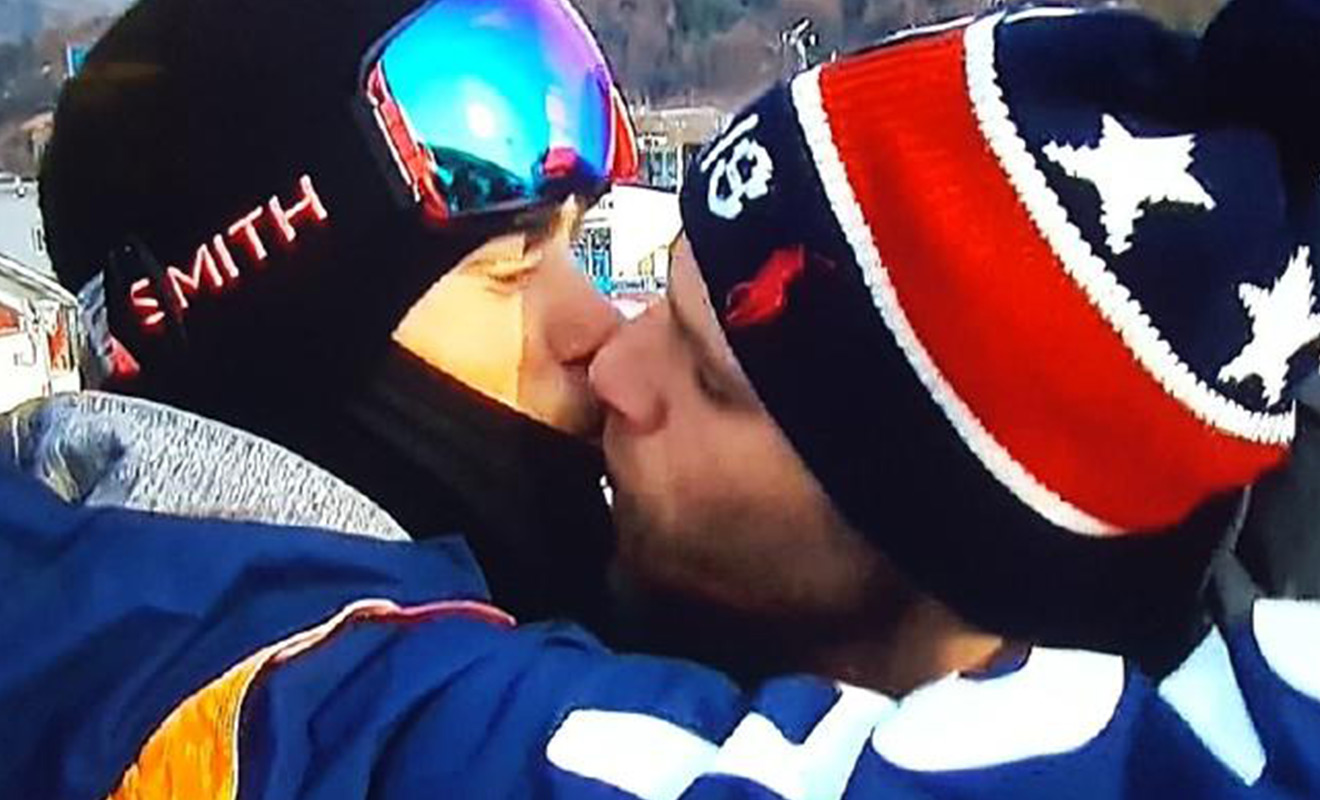 Taking to Twitter, US freestyle skier, Gus Kenworthy has written his surprise at the positive response that the live broadcast kiss between him boyfriend Matt Wilkas has received along with the admission that he had no idea the cameras were on him.

“Didn’t realize this moment was being filmed yesterday but I’m so happy that it was.” the Olympic medalist wrote.

Didn’t realize this moment was being filmed yesterday but I’m so happy that it was. My childhood self would never have dreamed of seeing a gay kiss on TV at the Olympics but for the first time ever a kid watching at home CAN! Love is love is love. pic.twitter.com/8t0zHjgDg8

Thank you all for the support. I love you. pic.twitter.com/HUky5MSh6W

The kiss at the bottom of the hill before Kenworthy’s first slopestyle run on Sunday was captured by NBC’s cameras during their primetime broadcast.

“It was the tiniest kiss in the world. I could’ve made out with him had I known,” Wilkas joked with reporters, after the kiss. “I think it’s positive, I think it’s great exposure, a great thing for our community, but I also partly think, ‘what’s the big deal?'”

Unfortunately, the kiss did not bring Kenworthy any luck, competing with a broken thumb and suffering from a hematoma on his hip, he finished 12th in the slopestyle final.

However, the couple have won gold with fans.

“To be able to do that, to give him a kiss, to have that affection broadcasted for the world is incredible. The only way to really change perceptions, break down homophobia, break down barriers is through representation and that’s definitely not something I had as a kid.” Kenworthy told reporters. “I definitely didn’t see a gay athlete kiss his boyfriend and If I had it would’ve made it a lot easier for me.”