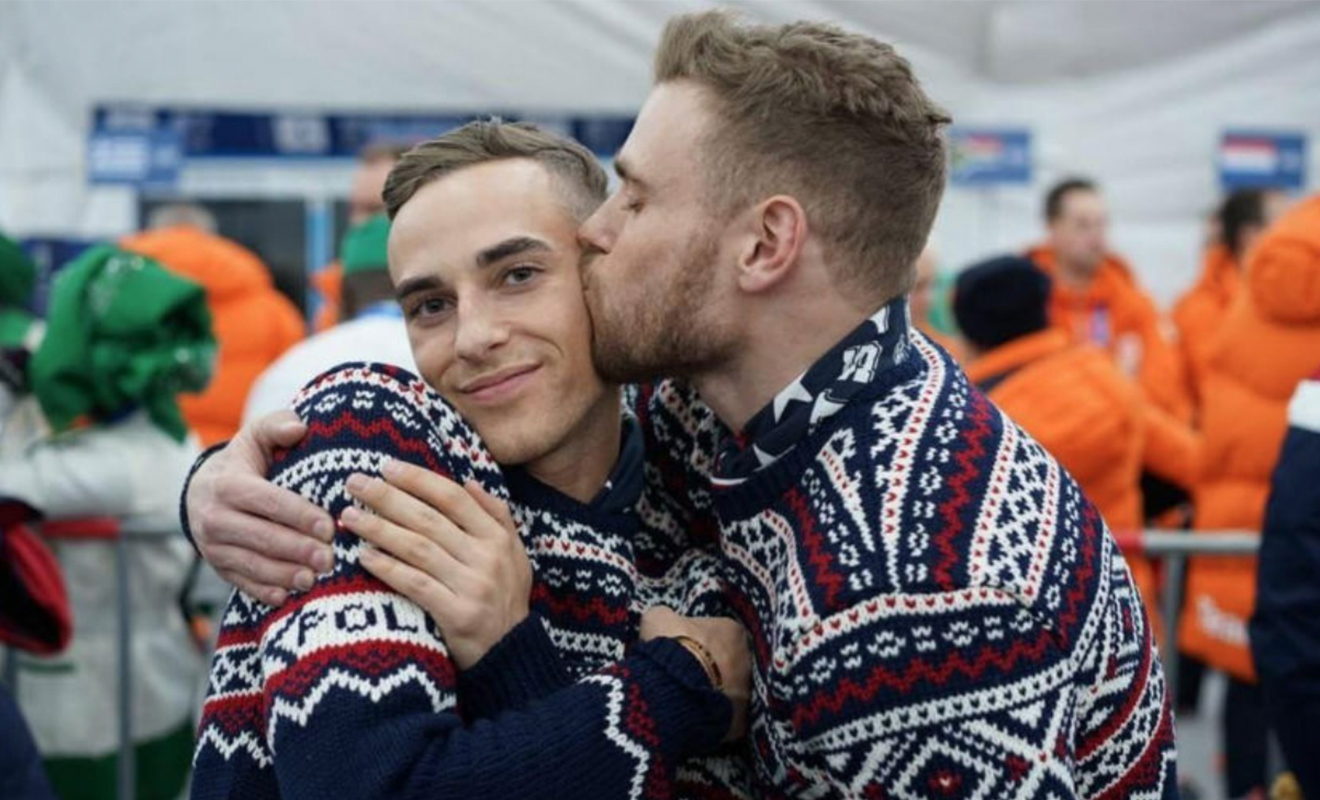 In the cutest display of pride, openly gay American Olympic figure skater Adam Rippon and freestyle skier Gus Kenworthy have shared photos of the pair at the opening ceremony of the Winter Olympics in Pyeongchang. In one shot, Gus is kissing Adam on the cheek captioned, “We’re here. We’re queer. Get used to it.”

With thousands of comments and retweets, the pair have garnered a lot of support, along with the usual homophobic rubbish.