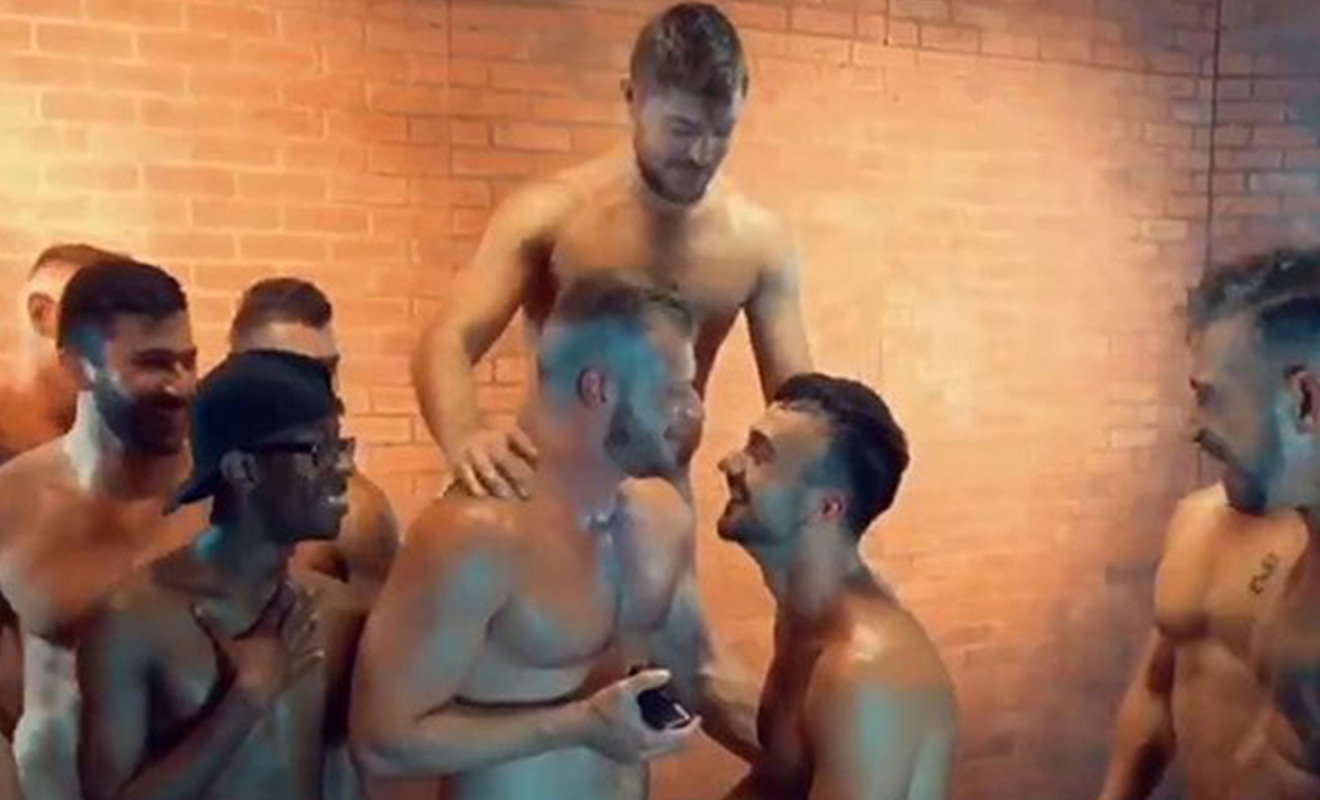 Put this down as one of the most random gay wedding proposals we’ve seen (to date).

“Well, this is the end of our tour and I can say that this was probably the best day that ever happened between us,” Bonds said to Lear while the cameras were still rolling.

“And I’d love to do it over and over again, but there is one difference that I want. I want you wearing this.”

The NSFW video can be seen on the studio’s Twitter page.

Not everyone has been comfortable with the proposal, Bonds responded to much of the negativity on social media by saying:

“This is how I wanted to propose to my future husband, with my friends around after and crazy fun time at the end of a month and a half long tour. I don’t give a buck-tooth fuck what conservatives (or anybody) thinks. We fought for our rights to love and marry who we want.