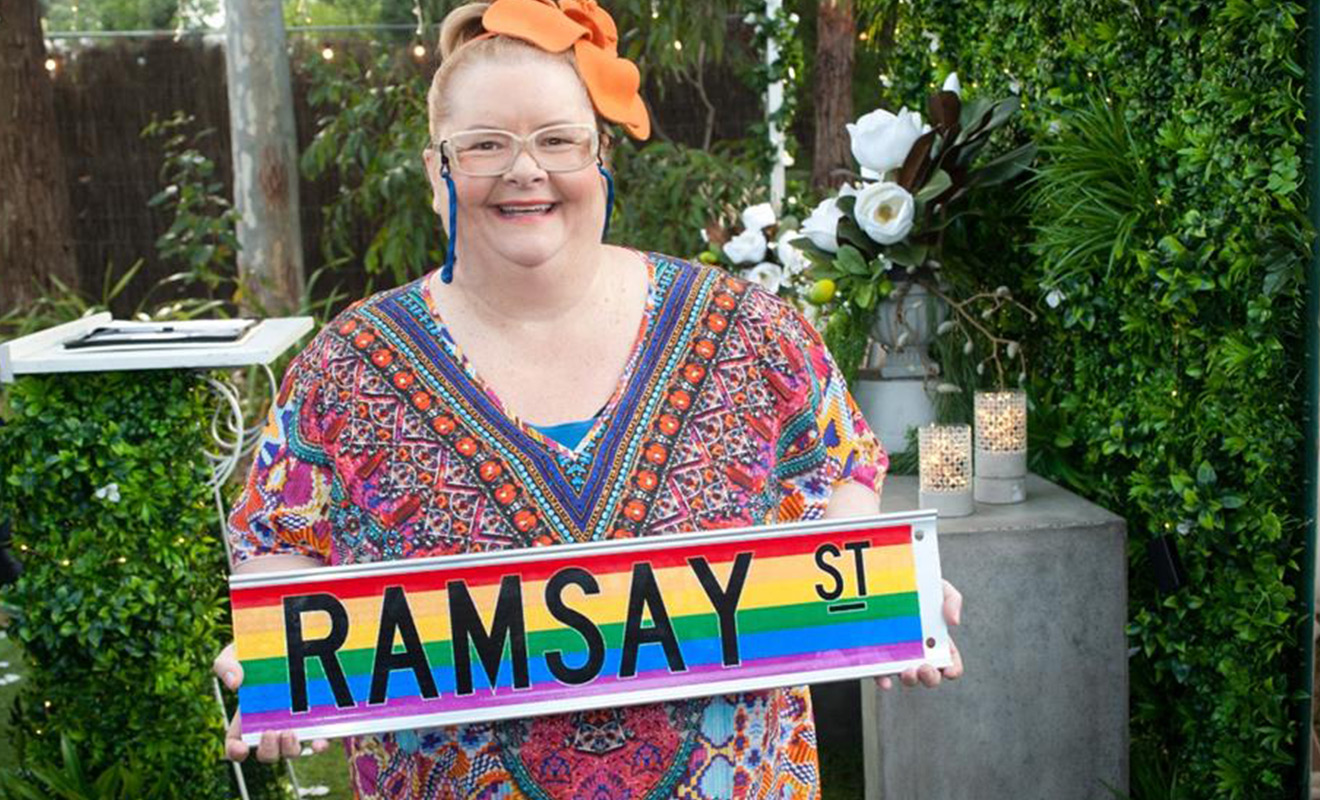 Szubanski, who was one of the leading campaigners for the legalisation of marriage equality in Australian last year, will play marriage celebrant Jemima Davies-Smythe, marrying the characters David Tanaka (Takaya Honda) and Aaron Brennan (Matt Wilson).

Speaking with TV week, Szubanski explained how it was an honour and privilege for her to be part of a huge milestone on Australian television.

“Who would have thought when we were watching Scott and Charlene tie the knot in 1987, that 30 odd years later we would have a same-sex marriage on Neighbours?”

“It really is beyond imagining, for gay people of my age.”

In the same interview, DNA cover model Matt Wilson explained how being a part of Australia’s first television gay wedding was a highlight of his career.

“It’s not only the wedding, but being able to work with someone I grew up watching on TV (Magda) is huge.”

The wedding filmed this week will air on Network Ten’s ELEVEN channel later in the year.