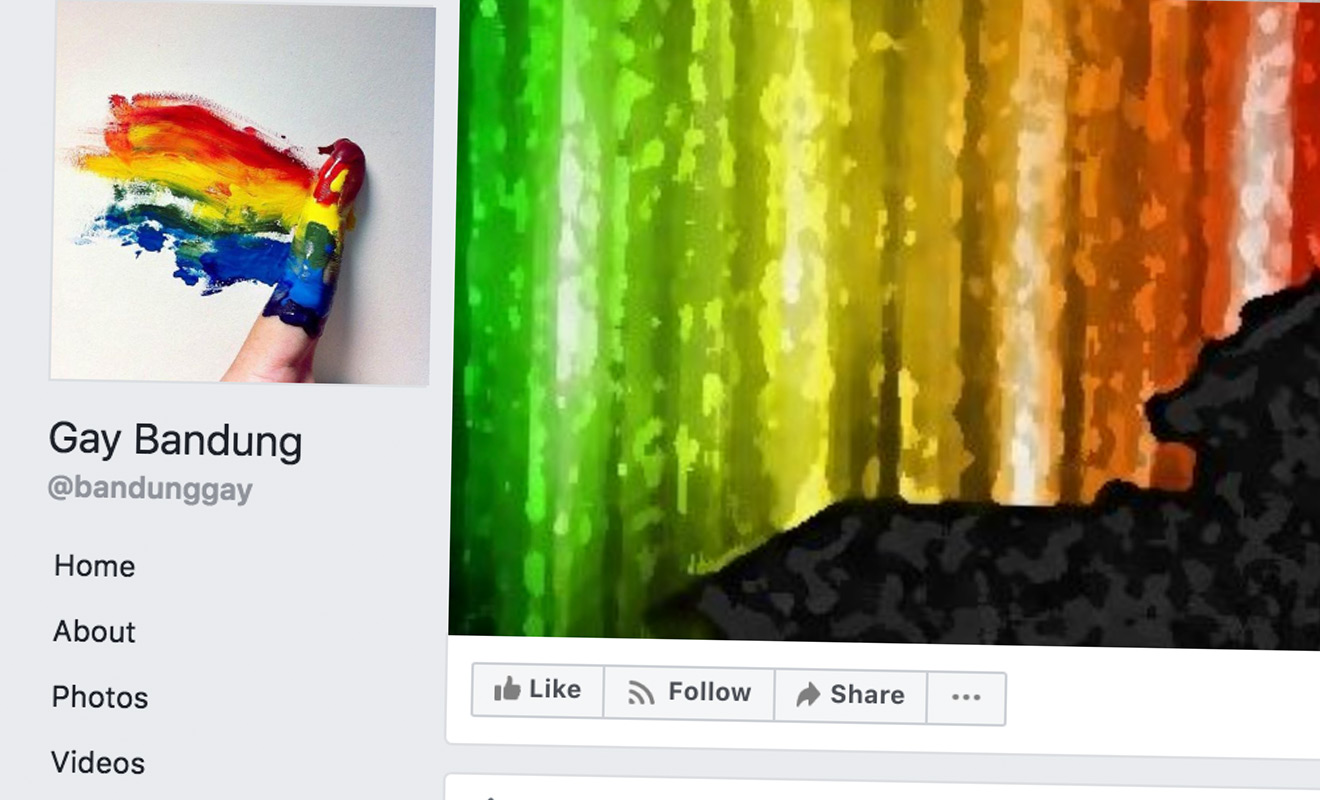 An Indonesian couple have been arrested by the West Java Police in the first case of the criminalisation of LGBT hangouts on social media.

The couple, IS and IH, were arrested by West Java Police for allegedly running a Facebook page for the gay community in Bandung.

According to the report, the pair have been charged under Indonesian Electronic Transactions and Information (ITE) Law for transmitting and spreading electronic information containing immorality, which carries a maximum sentence of six years’ imprisonment and a maximum fine of Rp 1 billion.