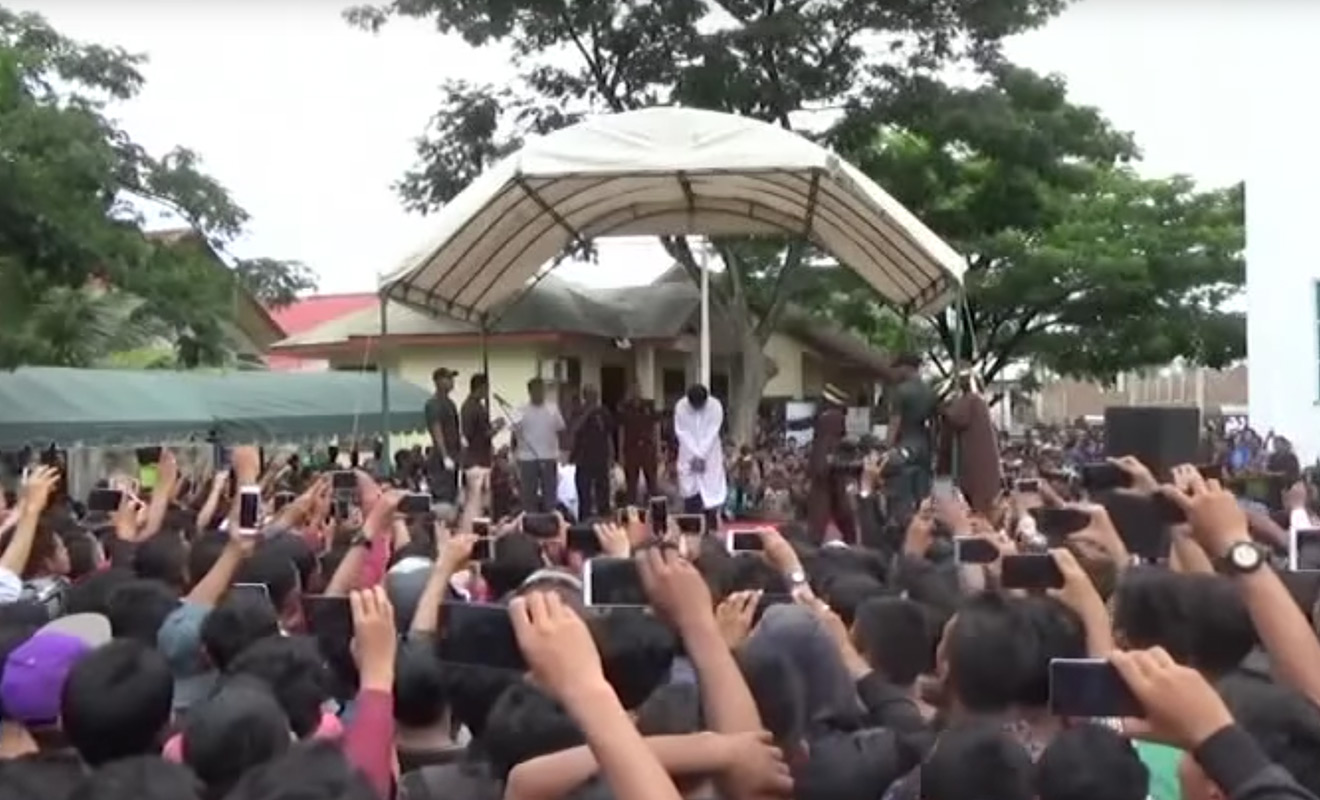 Indonesia is currently on the verge of criminalising premarital sex, which would include homosexual sex as same-sex marriage is not legal. Aceh introduced anti-homosexuality laws in 2014.

Reuters reports that the four suspects where detained by an anti-gay vigilante group and religious police. If convicted, could face up to 100 lashes in public.

“We are completing their files and will soon hand over to prosecutors,” said Marzuki, head of sharia police investigations in the provincial capital, Banda Aceh.

It was in Aceh that police detained 12 transgender women, forcing them to cut their hair and dress in men’s clothing. They were eventually released without charge.

It has become common in the country for vigilante groups and religious police in Aceh to raid homes and places of work and detain people on suspicion of engaging in homosexual activity.

Sign our petition to Australian Foreign Minister, Julie Bishop in support of LGBT Indonesians and their rights.