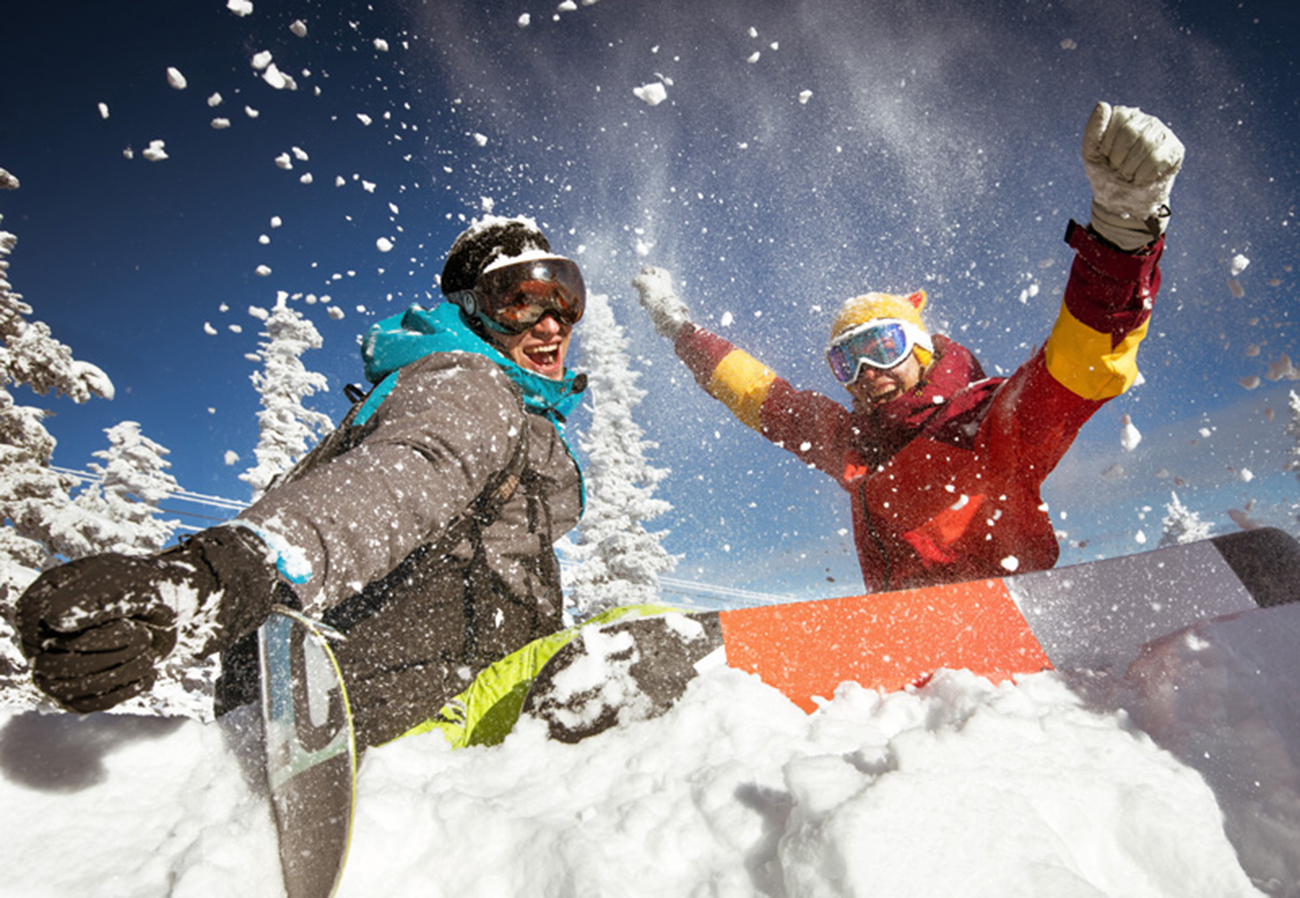 Justin is a ski lover from Australia with a big bank job and a passion for skiing the slopes of Japan. At least, that’s who he was. Looking for more meaning, he left his bank career and headed to Canada to spend a few winters in one of the Canadian ski fields like many other Australians do every year.

With the high snow fall that Japan receives, extensive terrain of the Japanese snowfield and the culture of Japan, Justin soon felt it truly calling.

Justin and Greg on their Wedding Day

He sold everything, maxed out his credit cards and soon found himself buying a ski lodge in Hakuba Japan! Did we mention he loves skiing? Penke Panke Lodge was born. Finding his path and pursuing his passion, business grew and Penke Bar & Bistro was added the following year.

Having loved the time spent in Vancouver Justin continued to spend summer in Vancouver and soon met his now husband Greg at Gay Pride in Vancouver four years ago. Greg is a Carpenter and General Contractor and also now in Japan helping run the lodge and bar and also looking after the building upgrades during the off season.

Justin and Greg got married in Hakuba Japan in a local mountain side chapel in March 2018 with everyone was dressed in traditional Japanese Kimonos which was very fun and memorable. It was not only the first foreign wedding in Hakuba but also the first Gay Wedding the town and Hakuba had seen. They hosted friends and family from all over the world so they could experience their life in the Japanese Alps from skiing, Onsens (Hot-springs), Historic Sites, Cherry Blossoms, Amazing Japanese food Culture and also the best of what the boys do in Hakuba with many nightly events held in at Penke Bar from Karaoke, Open Mike Night, Sunday Funday and the very popular Dildo racing dress a friend with their extensive wardrobe of dress up attire.

The Wedding was such a big hit with friends that many were requesting the boys to re-run the event every couple of years and the idea of a Gay Ski Week was born so that they could have all the fun of the wedding every year.

Justin and Greg now host Gay Ski Week Hakuba each March and strive to provide a personal an intimate event where like minded skiers and snowboarders can hang out together and showed the best of skiing in Hakuba and also fully hosted nights where the group can socialize and have fun in a safe environment and make some new friends.

There is nothing better than coming off the slopes and enjoying a nice mulled wine by the fire pit and then dinner at one of the local Japanese restaurants and then hitting the hot-springs with a bunch of cool dudes all butt naked.

Costs: Skiing in Japan is incredibly affordable with lift tickets in March being around $50USD and accommodation starting from $60USD per person per night. It’s the perfect place to learn to ski if you have been thinking about it but were put off by the high costs of skiing in Australia and North America.

If you’re interested in an unforgettable week with new friends, Justin and Greg are looking forward to hosting you in Japan.