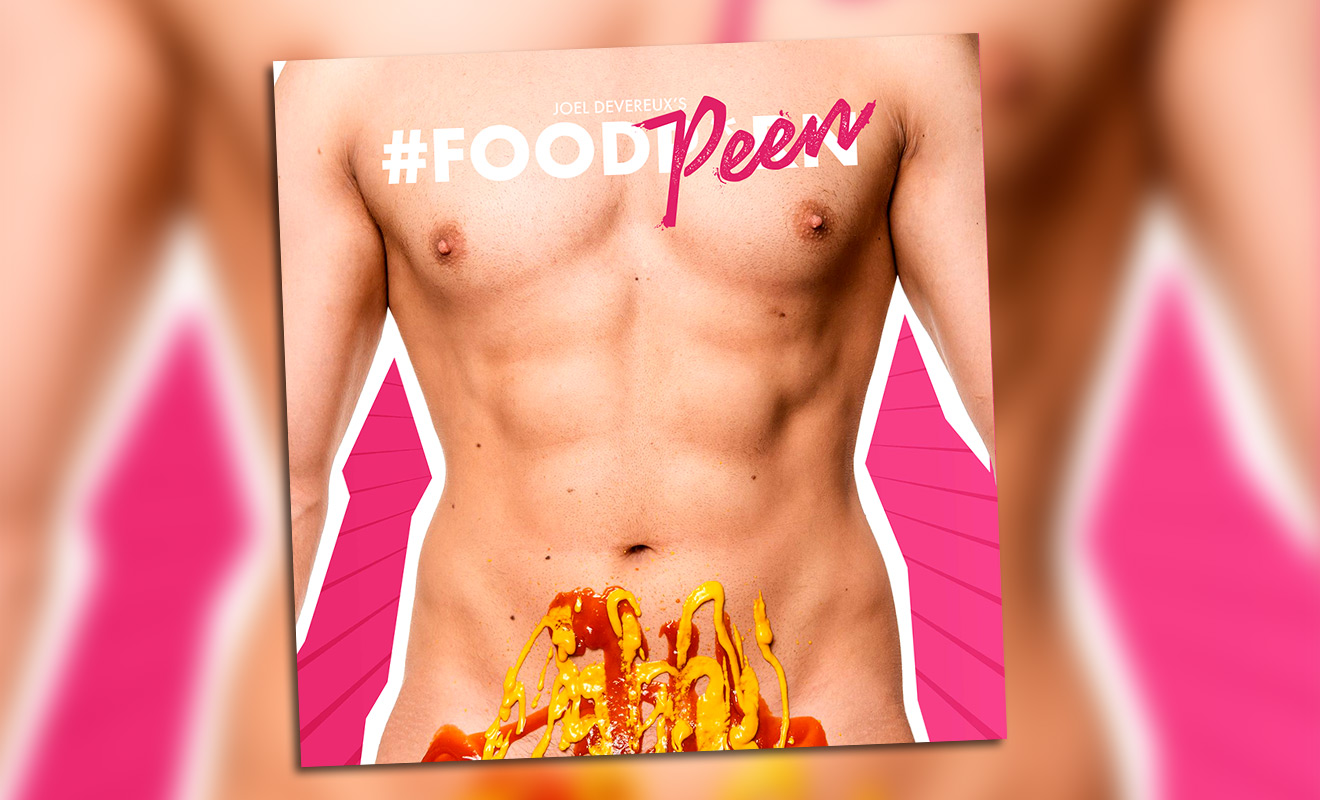 Our mate Joel Devereux knows the way to a gay man’s heart, food and peen. After the success of his first ebook #FOODP*RN, he’s treating us to an even more NSFW collection of food and male nude photography.

Due to the nature of the photography, close-ups of penises covered in food, we can’t show you the content online. You’ll have to visit Joel’s website for that.

Imagine uncut peen in a hot dog bun covered in sauce, or dripping in honey, jam, covered in sprinkles, poking through a doughnut hole and one with a freshly cracked egg oozing down the un-erect shaft.

We did, however, have a chat with Joel about the making of the book.

DNA: Which was the most interesting photo to take in the #FOODPEEN series?
Joel Devereux: The most interesting photo in the series was definitely the first because it kind of defines the vibe of the entire series. Working out what angles worked, how much food was incorporated. People think a photo shoot like this is a sexy experience but really it’s a lot of casual conversation and a result of a ton of admin.

DNA: Were there any mishaps with so much food being thrown around?
Joel: Some boys were camera shy – some camera happy – so when having ice cream thrown on their downstairs, for example, the shoot can turn out different to how the expected. I was quite procedural with the project so towards the end I forgot who’s photo belonged to who, so luckily I had an assistant making a record of who I had photographed on what particular day.

DNA: Where can people buy the book?
Joel: You can purchase the #FOODPEEN ebook at joeldevereux.selz.com. It is also available as a bundle with the original #FOODP*RN book at a discount.

Fun fact, one of the peens in the book belongs to the photographer himself!