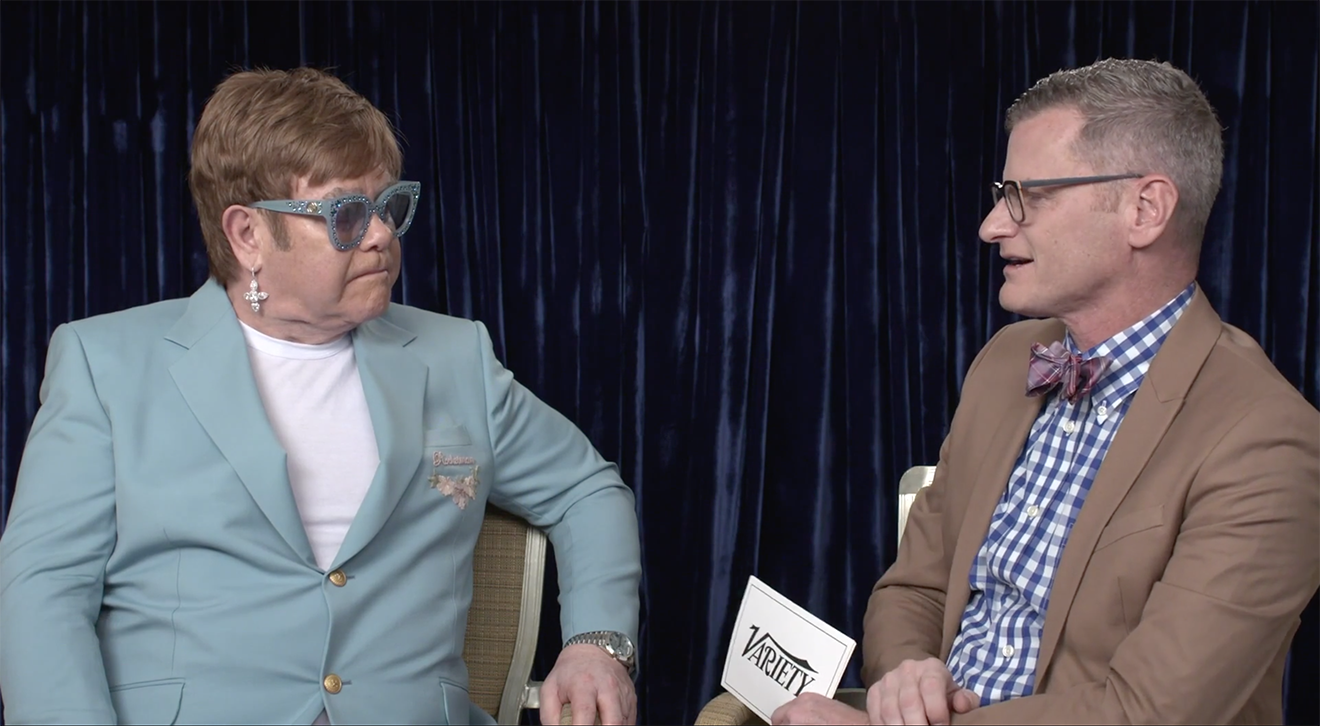 Elton John tells Variety magazine LGBTQI youth should be proud of who they are. In an interview held at the Cannes Film Festival, the iconic singer said he was privileged to work in an industry that was accepting of the LGBTQ community.

“I’ve been very privileged because I’m in a business that kind of accepts gay people. There are kids that aren’t privileged. They come from poor backgrounds. Their parents don’t understand; religion gives them a hard time,” Elton John said in giving advice to LGBTQ youth struggling with their identity.

Elton John spoke of his career and that he knew he was gay when he was 23 but didn’t come out to the world until he was 45 when he told Rolling Stone in an interview that he was gay. Previously he’d told the magazine he was bisexual.

Reflecting on his childhood, Elton said his father left before he hit his teens and was told by his mother that he would never be truly loved because he was gay.

“It’s wonderful to be gay. I love being gay. I really do and I think I wouldn’t have had the life I’ve had if I hadn’t been gay. And I’m very proud of that. I’m very proud that I can appreciate that,” Elton John said.