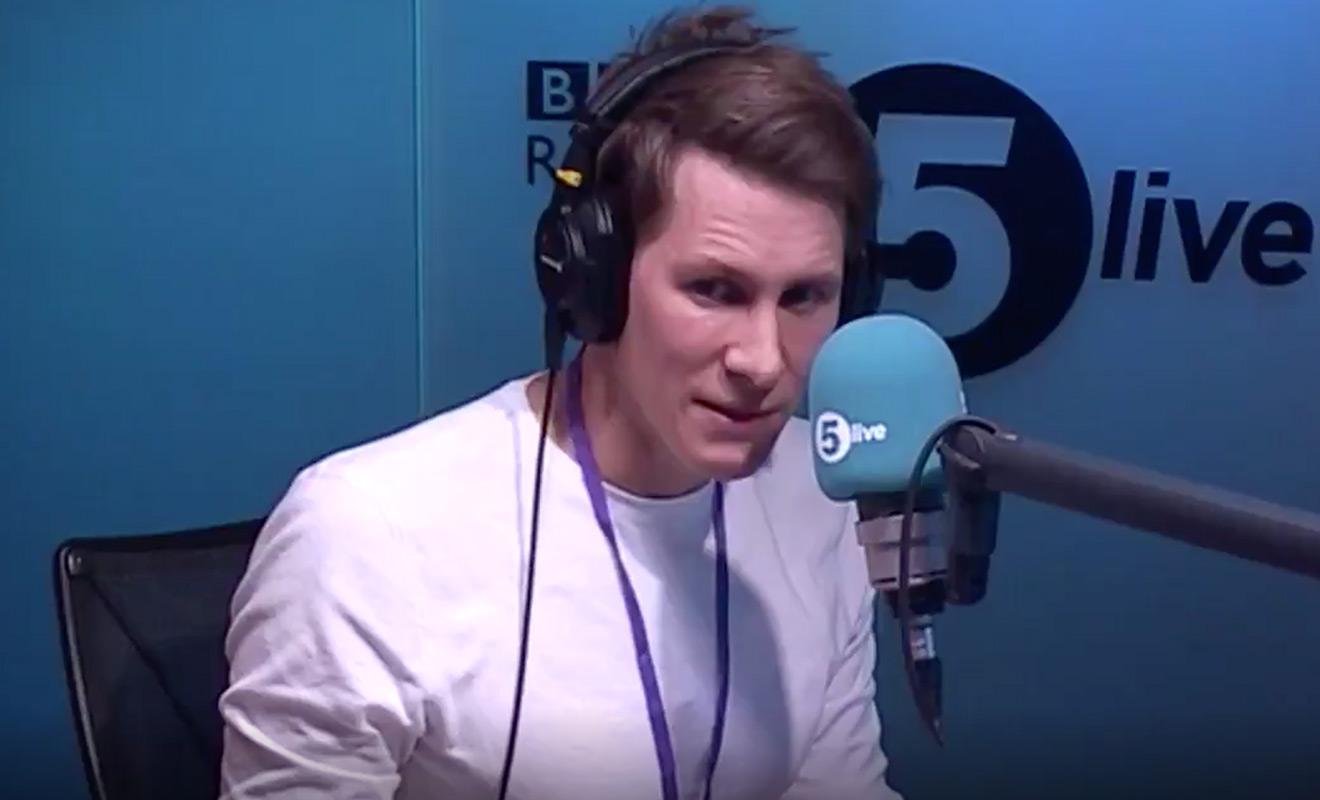 While taking over BBC Radio 5 Live’s Afternoon Edition as co-host on a discussion about surrogacy, Milk screenwriter, Dustin Lance Black was confronted by a caller who believes that “two blokes” shouldn’t bring up a child.

The criticism aimed at Black and partner Tom Daley, who very publicly announced they are having a child via surrogacy, came as Black used the media platform to talk about many of the “misconceptions” that surround surrogacy. Especially in the UK where he found attitudes towards gay men raising a child more negative than in the US.

“I don’t have an issue with gay people, I want to make that clear,” the caller stated before sharing his opinion (as people so often do). “The only thing I don’t agree with is, it’s been eating away at me for a few years, is I don’t think two blokes can bring a baby up. You need the mother there. They are very different to us… they are very different, women.”

Black responded: “There are all different kinds of families out there in the world, and for many different reasons – some of them tragic – children are raised by single parents all the time.

“Those children – I’d like to claim myself as one, I was raised by a single mother for some difficult reasons, and she raised me incredibly well.

“Will it be important that our son meets women in his life? Absolutely. That will be there. It would be wrong to deprive a child of that – and frankly bizarre and probably impossible.”

Watch the moment as it unfolded below: