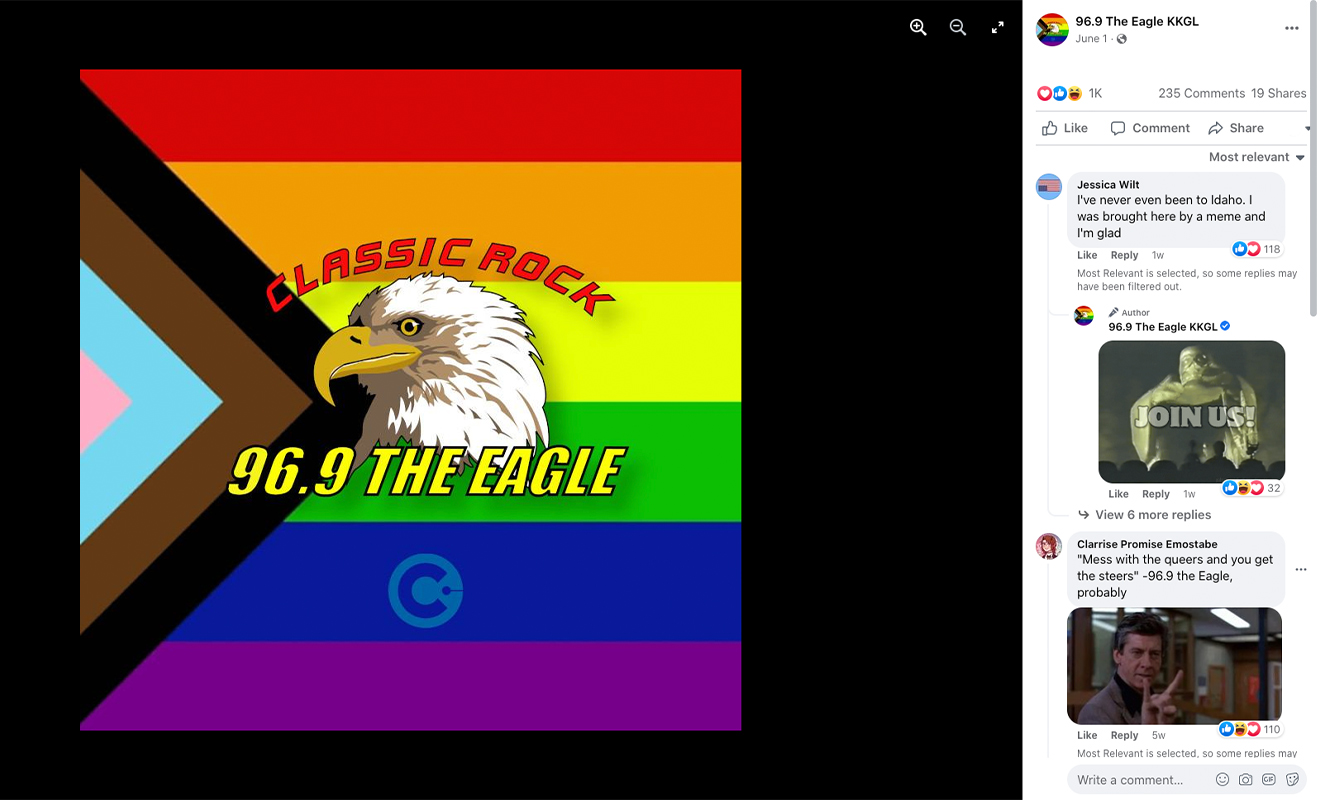 An Idaho classic rock radio station, 96.6 The Eagle, put up an LGBTQIA+ version of their logo for Pride. After receiving public criticism over the temporary change, the station hosts have decided the logo will be kept up for another month just in spite of the homophobes, reports Advocate.

RAINBOW-WASHING BUT WE DON’T HATE IT

One of the least surprising, yet still saddening things you can expect to see on your 2022 bingo card is corporations and businesses taking down all their Pride merchandise after June ends. It’s a pretty dark representation of rainbow capitalism, which usually signposts how little corporations really care about LGBTQIA+ people beyond their money.

Well, nobody could accuse 96.6 The Eagle of not caring. After their listeners called in with complaints about their Pride logo, the station hosts decided it would be staying up for at least another month.

“Flag stays up for another month, deal with it. If we lose fans that’s fine. If we keep getting harassed then it will go another month. Plus Freddie Mercury rules,” says the station. Regardless of whether the temporary logo change began as a publicity stunt, the station has backed up their support of LGBTQIA+ listeners with this demonstration – how many other rainbow-washing companies can say the same?

The online response varies from the expected commenters saying, “Go Woke! Go Broke!” and, “Your profile picture is absolutely disgusting”. But other commenters have been in support with many writing things such as, “Can I make a rude comment about it so it stays up longer,” and “Keep ’em coming! The flag could stay all year!”

Despite accusations of this being a publicity stunt or pandering, it’s a whole lot more solidarity than other businesses have shown and members of the LGBTQIA+ community are enjoying the sass!