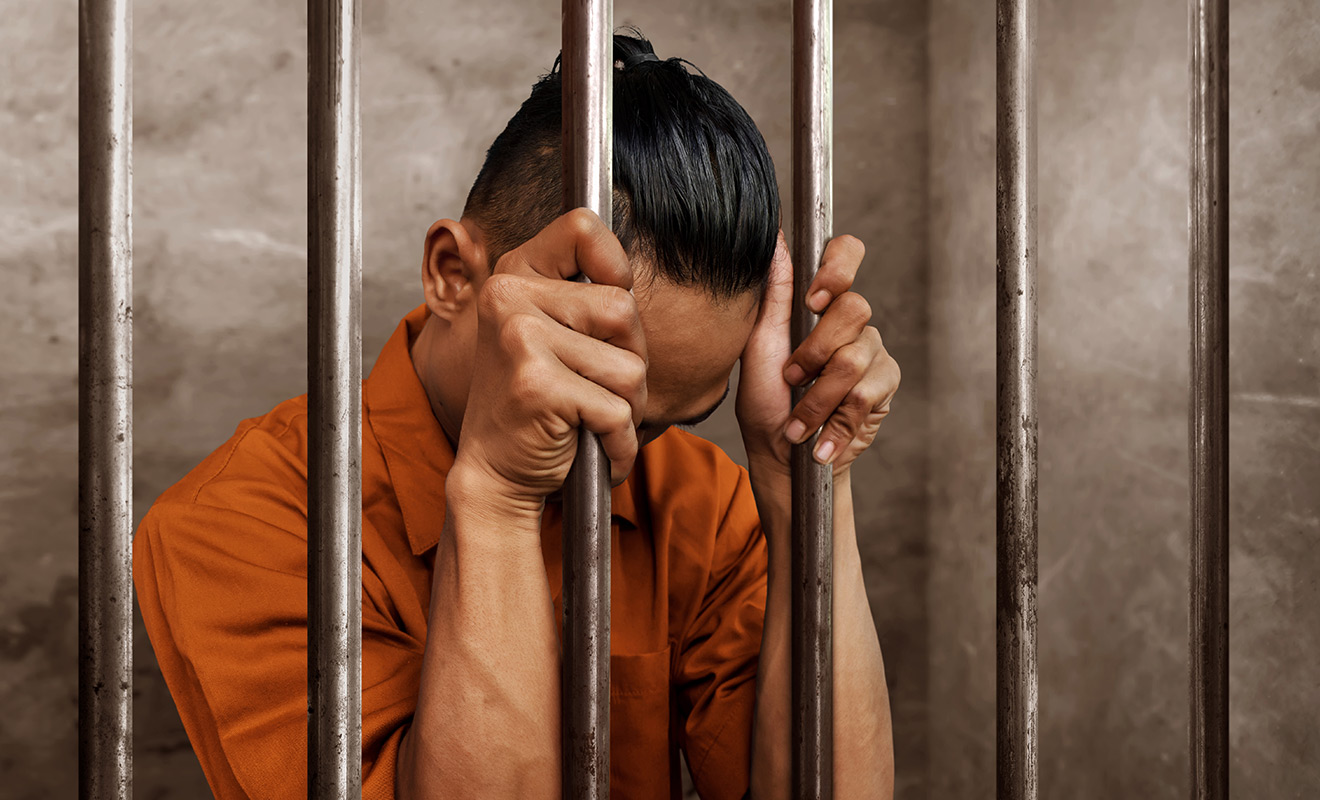 Indonesia has been backsliding in its treatment of sexual minorities for two decades and a new Criminal Code being considered by lawmakers has the potential to outlaw same-sex relationships for the first time.

To many people’s surprise, homosexuality is legal in Indonesia, and transgender people, known locally as waria, have had a special place in the culture for centuries, just as they do in other parts of southern Asia.

Indonesia’s former colonial masters, the Dutch, legalised homosexuality in 1811 and, when Indonesia became independent in 1945, it based its Criminal Code largely on Dutch law. The nation’s ideology since independence is the philosophy of Pancasila, which stresses social justice, democracy and religious plurality. Despite 90 per cent of the population being Muslim, modern Indonesia’s founding fathers deliberately avoided enshrining Islam into law.

But that began to unravel 20 years ago when, in a peace deal with Islamist separatists, the Indonesian government granted its northern Sumatran province of Aceh special autonomy and the local government introduced a form of Islamic Sharia law in 2002.

In 2004 the south Sumatran city of Palembang introduced its own religiously motivated local law banning homosexuality by defining non-commercial sex between men as a form of prostitution. By 2006, Islamic lawmakers in as many as 20 different municipalities across Indonesia had tried to introduce covert bans on homosexuality under local morality laws that deemed gay men to be prostitutes or “pornographic”.

Then, in 2009, Aceh moved to formally outlaw homosexuality, with consensual sex acts attracting up to 100 lashes and up to 100 months in prison.

Just months after the election of Indonesia’s current President, Joko Widodo, in 2014, the hard-line Islamic Council of Indonesian Ulema released a fatwa declaring LGBT people harmful to the “dignity of Indonesia”.

The council’s fatwa called for same-sex acts to be criminalised throughout Indonesia with “heavy punishment” suggesting caning or even the death penalty.

Within a year, some Indonesian LGBT rights groups were already setting up safe houses for those fleeing vigilantism in more conservative parts of the country as the anti-gay climate began to sweep the country.

Sign our petition to Australian Foreign Minister, Julie Bishop in support of LGBT Indonesians and their rights.

Widodo, the former Governor Of Jakarta, was elected on a platform of human rights and reform, yet his government has struggled to hold back an ascendant tide of political Islam in the country and in his own parliament that now seems to have his presidency in the cross-hairs.

Last year, Islamist groups took the scalp of Widodo’s former municipal running mate and successor as Governor Of Jakarta, Basuki Tjahaja Purnama. An ethnic Chinese Christian and supporter of tolerance for LGBT people, he was targeted with mass protests and then prosecuted and jailed for supposedly insulting Islam.

Many think the Islamists now have their sights set on toppling Widodo by using the current review of the country’s Criminal Code – which hardliners are using to try to enshrine religious morality in Indonesia – as part of a campaign to wedge him politically ahead of national elections next year.

The sections of the revised Criminal Code that have concerned LGBT activists the most are Articles 463 and 469.

Article 463 states that “any individual who cohabits with another person out of wedlock will be sentenced to a maximum of one year in prison plus additional punishment according to local law or custom” – potentially making any relationship outside of heterosexual marriage a crime in Indonesia.

Article 469 starts out as a provision criminalising sex with minors which “will be sentenced to a maximum nine years in prison” it then states that acts between adults of the same sex will attract the same punishment if it occurs under duress from threats or violence. However, it then goes on to state that same-sex acts that “violate moral decency” or are documented or constitute “elements of pornography” shall also attract the same penalty.

It’s these three final vaguely defined categories that have activists most worried and they fear they will be used to justify raids on gay venues, parties and even private homes.

In October of 2016, Widodo addressed the issue of the harassment of the LGBT community in Indonesia, telling the BBC, “The police must act [to protect them]… There should be no discrimination against anyone.”

Yet, only a month earlier, Indonesia’s Communications Ministry banned more than 80 gay websites and apps under the guise of child protection and there have been moves to ban positive depictions of LGBT people in the media as well.

In May 2017, two men were sentenced to 83 lashes in Aceh after vigilantes entered their apartment and caught them having sex. They beat and kicked the two men while they filmed them – but it was the couple who were prosecuted, not the vigilantes who illegally entered their home.

Then in January this year, police in Aceh arrested 12 people accused of being transgender women during a series of raids on beauty salons after a mob had tried to attack them. Police cut their hair and forced them to speak in deep voices during three days of “counselling and coaching” before being released.

But it’s not just in conservative Aceh that the crackdown has gone on. According to some reports, as many as 300 LGBT people were detained during police raids on various venues under so-called anti-pornography laws across Indonesia in 2017 – and most of those in Jakarta.

While Indonesia’s majority Hindu tourism hub of Bali has remained untouched by the campaign, you’d think that Indonesia’s tourism industry would be concerned about the potential for the proposed new changes to the Criminal Code to turn off travellers.

Yet the Indonesian Hotel And Restaurant Association has been strangely silent about the review and the Ministry Of Tourism did not respond to questions from DNA.

The chairman of Indonesia’s People’s Consultative Assembly and Muslim nationalist PAN party leader, Zulkifli Hasan said in February this year that his and four other parties in the parliament stand ready to pass the revised Criminal Code as it relates to LGBT people.

It seems then, a question of when the law is passed, rather than if. Human rights activists would like to delay the vote until after the 2019 election in order to avoid politicising the issue, but it seems more likely that the vote on the new Criminal Code will be weeks, not months away.

In the meantime, there is ongoing pushback from the international community.

The UN High Commissioner for Human Rights, Zeid Ra’ad Al Hussein, addressed the issue during his mission to Indonesia in February, telling diplomats, “I am greatly concerned about the discussions around revisions to the penal code.”

“The extremist views playing out in the political arena are deeply worrying, accompanied as they are by rising levels of incitement to discrimination, hatred or violence in various parts of the country.”

“We urge Indonesians to … resist attempts to introduce new forms of discrimination in law.”

“LGBTI Indonesians already face increasing stigma, threats and intimidation. The hateful rhetoric against this community that is being cultivated, seemingly for cynical political purposes, will only deepen their suffering and create unnecessary divisions.”

Hussein, who is a member of the Jordanian royal family, drew parallels between homophobia in Islamic countries to discrimination against Muslims in other parts of the world.

Homosexuality is not yet illegal in Indonesia but hundreds of LGBT people have been arrested, detained and punished and over 80 websites have been shut down.

“If we expect not to be discriminated against on the basis of our religious beliefs, colour, race or gender, if Muslim societies expect others to fight against Islamophobia, we should be prepared to end discrimination at home, too,” he said in Jakarta.

A Department Of Foreign Affairs And Trade (DFAT) spokesperson told DNA that, “the Australian government regularly discusses these issues with the Indonesian government. On 31 January, Australia and a number of other diplomatic missions made representations to Indonesian authorities in response to proposals to criminalise same-sex sexual relations as part of revisions to Indonesia’s Criminal Code.”

Australia’s parliamentary Opposition says it would be willing to give bipartisan support to a “clear and unambiguous statement by the government expressing Australia’s firm position on these matters”.

A spokesperson for Opposition Senate leader and Shadow Minister For Foreign Affairs, Penny Wong, told DNA, “A tolerant and inclusive society in Indonesia is in the best interests of the Indonesian people and our region. Labor is fundamentally opposed to the oppression of anyone on the grounds of their gender, sexual orientation or their religious beliefs.”

The proposed changes to the Criminal Code have also drawn criticism from members of the regional Association Of Southeast Asian Nations (ASEAN) with the group ASEAN Parliamentarians For Human Rights (APHR) releasing a statement.

“These amendments are a blatant violation of all Indonesians’ right to privacy and their fundamental liberties,” the APHR statement reads. “It is extremely worrying that private affairs between two consenting, law-abiding adults could very soon be opened to government interference and scrutiny.

“For a country that has rightly considered itself a leader within the ASEAN region on issues of human rights, this would be a clear move in the wrong direction. Indonesia should be protecting the rights of its citizens, rather than exposing them to increased harassment and prosecution.”