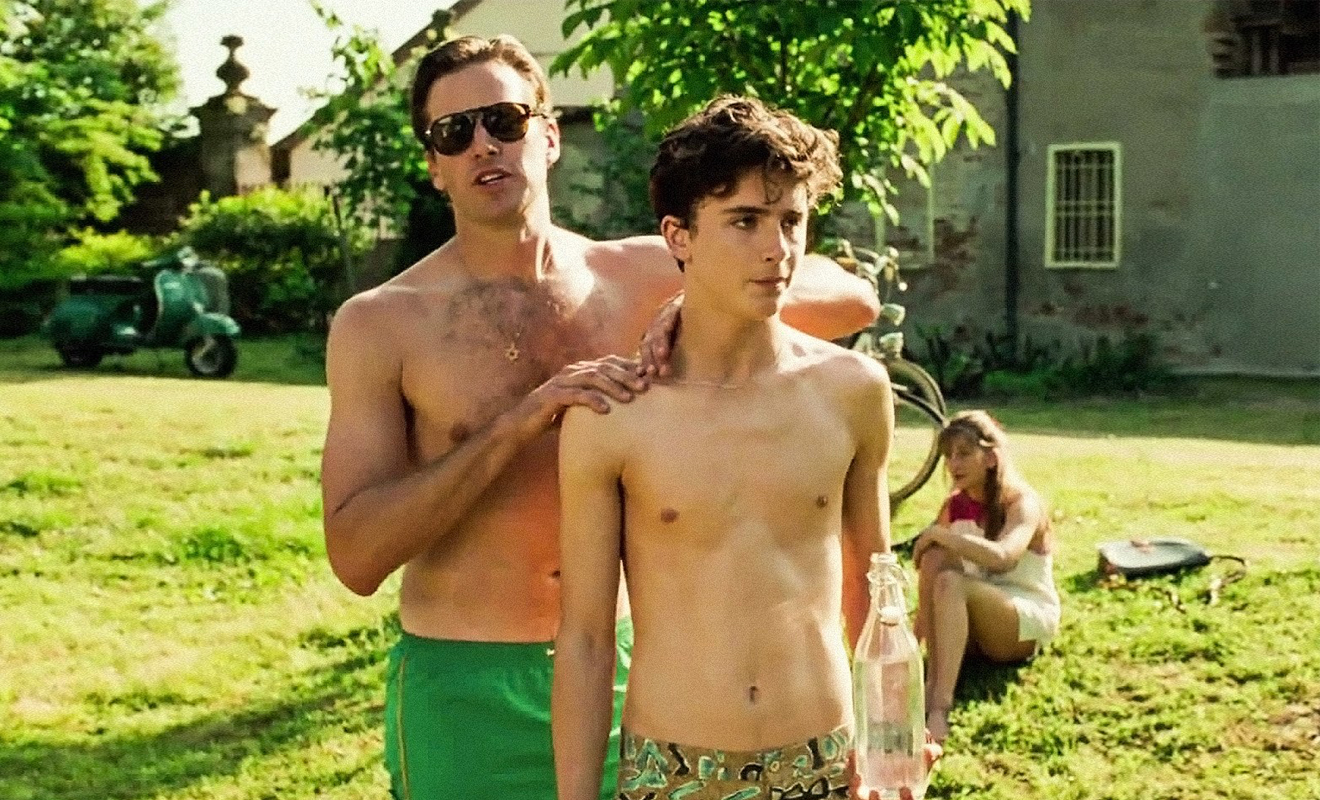 James Ivory has won the Best Adapted Screenplay Academy Award for Call Me By You Name. At 89, the win makes him the oldest person to ever win an Academy Award. The screenplay’s original source is from the much-loved novel by Andre Aciman, depicted a young man’s first gay love and sensual summer affair.

In accepting the award, Ivory thanked the cast, Armie Hammer and Timothée Chalamet, for bringing their passion to the screen. “Without you I wouldn’t be up here,” he said. He also paid tribute to his “life partners” film producer Ismail Merchant and screen writer Ruth Prawer Jhabvala, both now deceased. All three were partners in the Merchant Ivory production company who made classics such as A Room With A View, Maurice, Slaves Of New York, Howard’s End and Remains Of The Day. Merchant Ivory films have previously won six Academy Awards.

Ivory’s tuxedo shirt featured a black-and-white line drawing of Call Me By Your Name’s Timothée Chalamet, nominated in the Best Actor category.