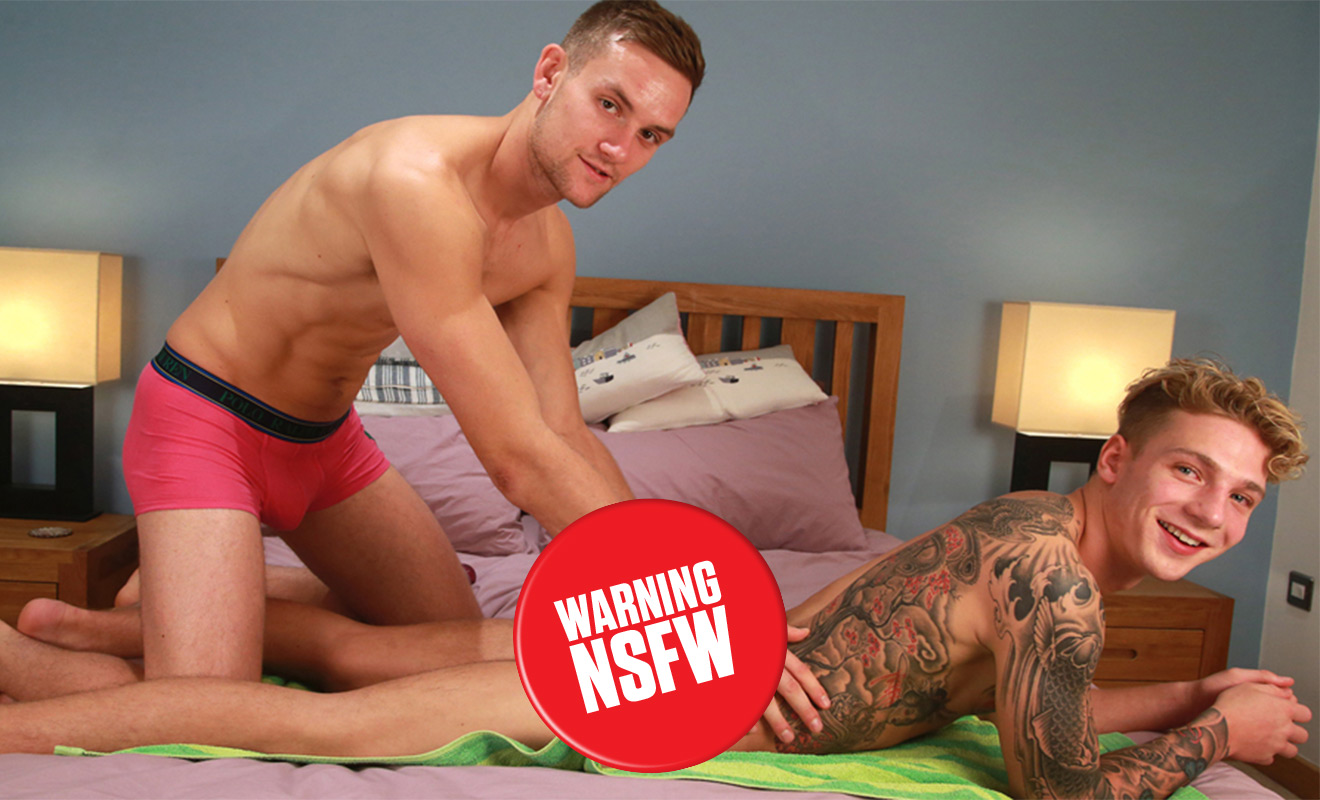 “Straight hunk Brandon Myers, TV star who flexed his muscles on Ex on the Beach and Bromans really experiments today!

“We’ve paired him with fit hung hunk Joel Jenkins – Brandon starts with a massage, and even though he’s still in his underwear, the bulge in his pants is enormous.

“The lads sit next to each other and wank each others’ uncut cock – two massive pieces of meat rock solid. Both lads show off their tight holes and pert bums, then both of them sit back and unload their balls, spunking hot loads over themselves! A really sexy shoot.

Picked up by twitter account The Late Night Blog, the trailer shows a rather awkward on-camera chemistry between the pair, including a moment when Myers comments on Jenkin’s “smaller” size while stroking his manhood.