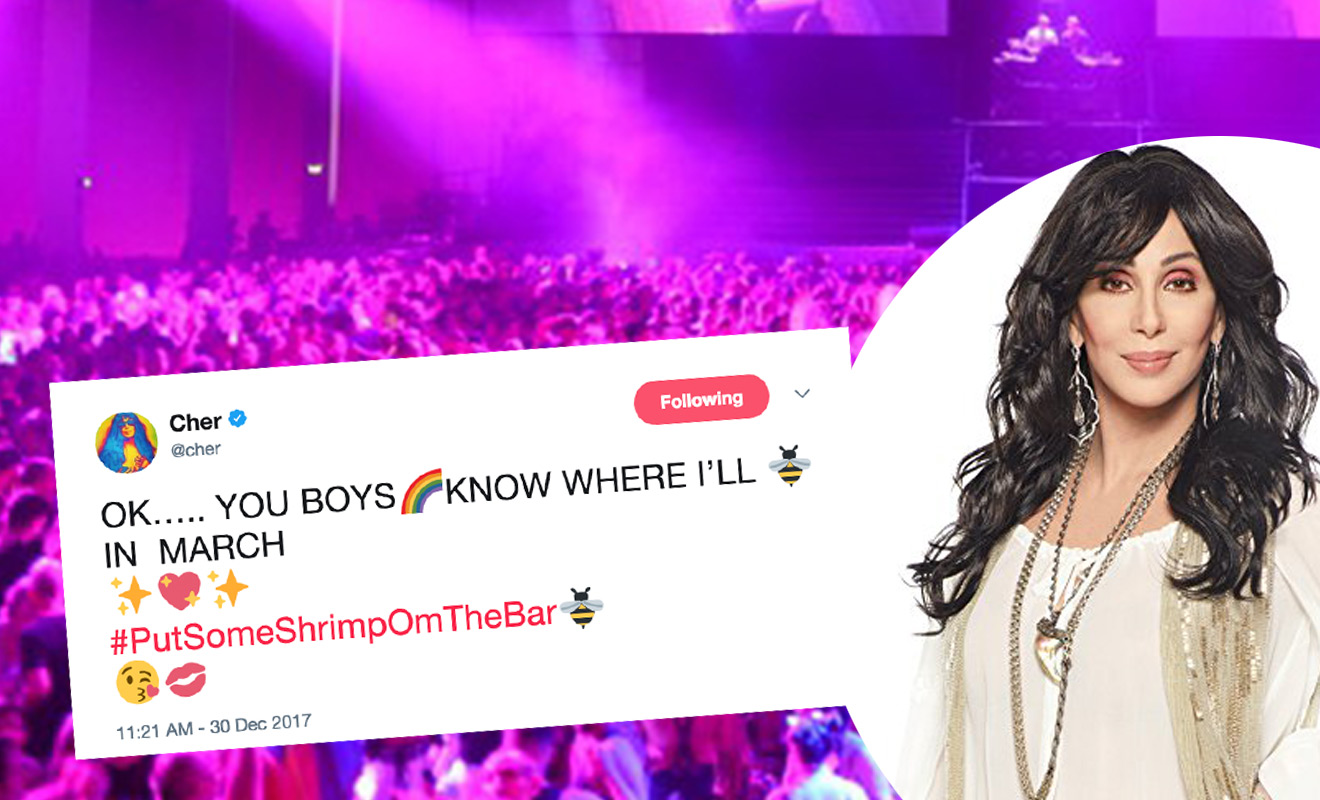 We believe, although waiting for official word, that gay icon Cher will be in Australia as part of the 40th Sydney Gay and Lesbian Mardi Gras.

Her tweet using the hashtag ‘Put some shrimp on the barbie’ (an ironic and iconic Aussie slogan) along with reference to the month of March and the rainbow emoji saw a rush of fans purchase the last of the tickets to the official after party that follows on from the massive street parade.

Mardi Gras declined to answer any of DNA’s questions about Cher, despite her cryptic confirmation tweets, however, have ensured us that there will be more exciting news to come in the lead up to the Sydney based pride parade and festival.