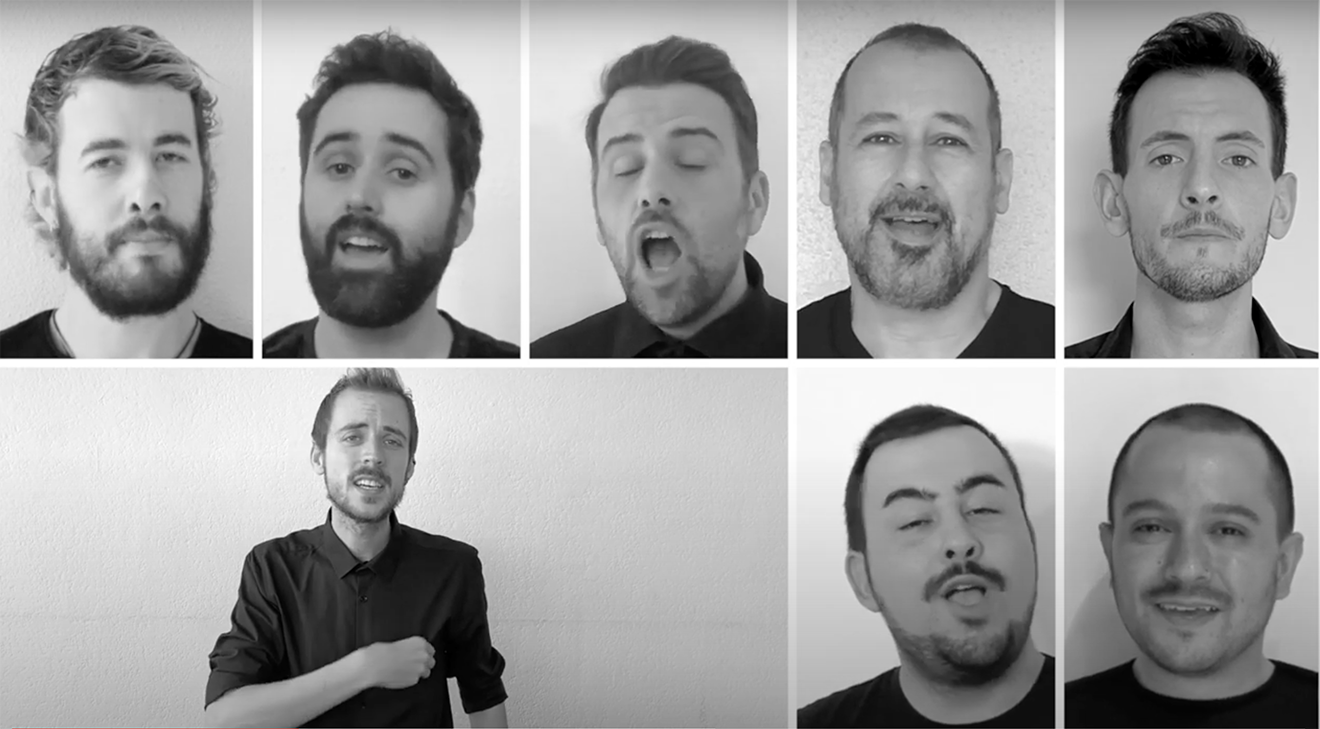 Founded in 2014, the Barcelona Gay Choir has grown to include 60 singers who have sung at theatre shows and even made an appearance on the nationally aired TV show, First Dates.

While Spain, like many countries, is in lock down the choir hasn’t stopped singing and instead made a Brady Bunch style video that has gone viral.

With more than 13,000 views on YouTube, Sueña is an upbeat anthem that dares to dream about a post-pandemic world. The song is the Spanish version of Someday, from Disney’s The Hunchback Of Notre Dame, composed by songwriter Alan Menken, and originally performed by Luis Miguel for the Latin audience.

The choir is led by Ibañez who has directed well known shows such as Broadway A Capella and choirs such as Deudeveu, winning the first edition of Oh Happy Day on TV3, local version of NBC’s Clash Of The Choirs.

View it now and sing along!