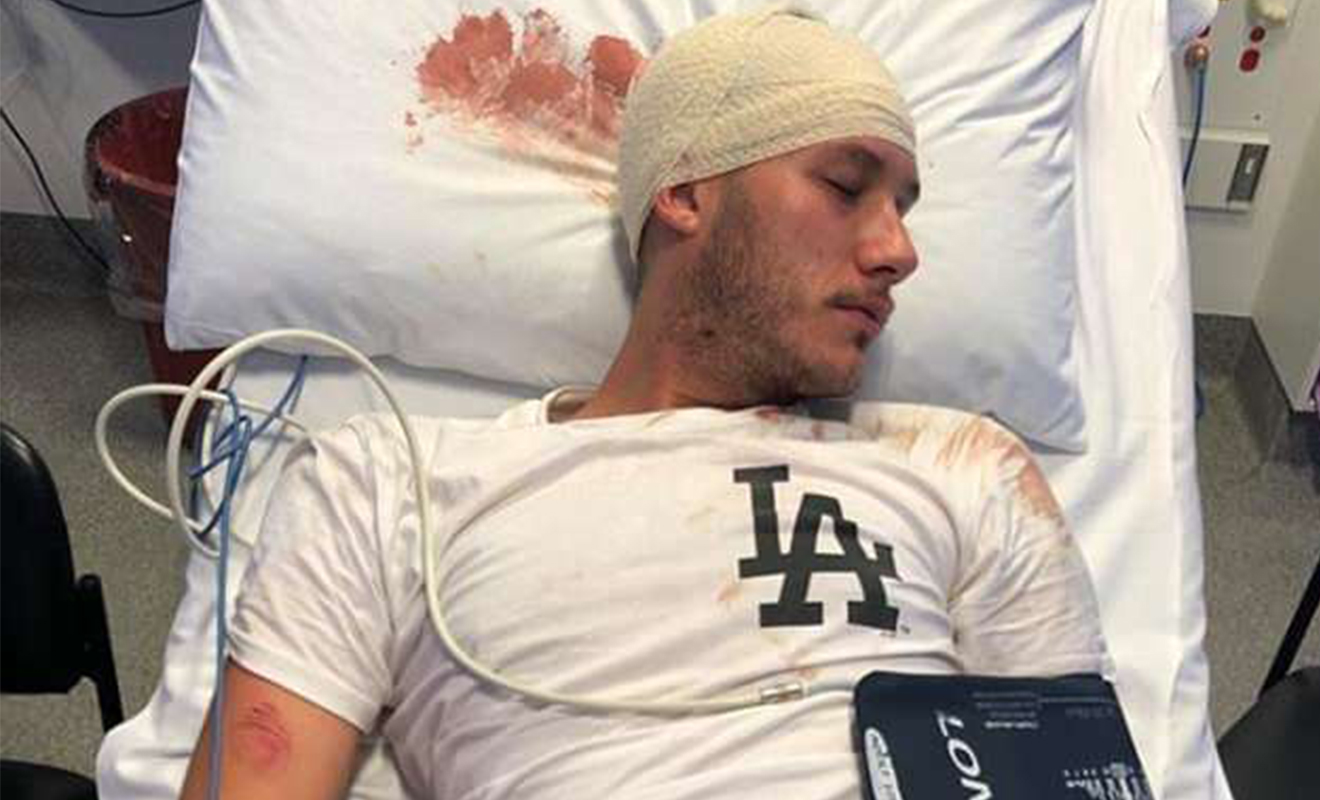 A 25-year-old Northern Queensland man, Bradley Skinner has been attacked by a stranger in what is reported to be a gay-hate attack.

Skinner was with his sister, enjoying dinner and drinks at a bowling club in Mackay, when the seemingly unprovoked attack occurred.

“I was two bites into my pizza around when this young man I had never seen before slowly walked past us glaring at me,” Skinner said.

“Then he called me a f****t as I looked up at him. I only assume he called me one or knew I’m a homosexual because we were sitting laughing having a good time.

“My sister, however, doesn’t take kindly to her little brother being name called or bullied. She then got up and asked him why the hell would he say that,” he said.

Then the stranger hit Bradley’s sister, Amanda, so he stood to defend her.

“He ended up hitting her in the face… and it all went on from there and he got out this chain and started whacking me with it,” Skinner explained.

“Once he hit me on the head for the last time, that’s when I fell to the ground and I don’t remember too much from then on. I couldn’t open my eyes but I could hear so much yelling and screaming, I remember my stomach dry retching trying to vomit.”

Skinner was rushed to Mackay Hospital with a laceration to his head and severe bruising to his arms and legs.

DM reports that he was released the following day, but admitted himself back to the hospital when he found it hard to stay steady on his feet and struggled to communicate.

After CT scans and other examinations and blood tests, doctors think it’s possible he is suffering from vertigo after the blows to the head.

A Queensland Police spokeswoman confirmed officers attended the incident and had spoken to the two men involved. No one has been charged and investigations are ongoing.

This is the third time Skinner has been bashed because of his sexuality in the area of Mackay and is now considering moving away from his family to avoid further incident.