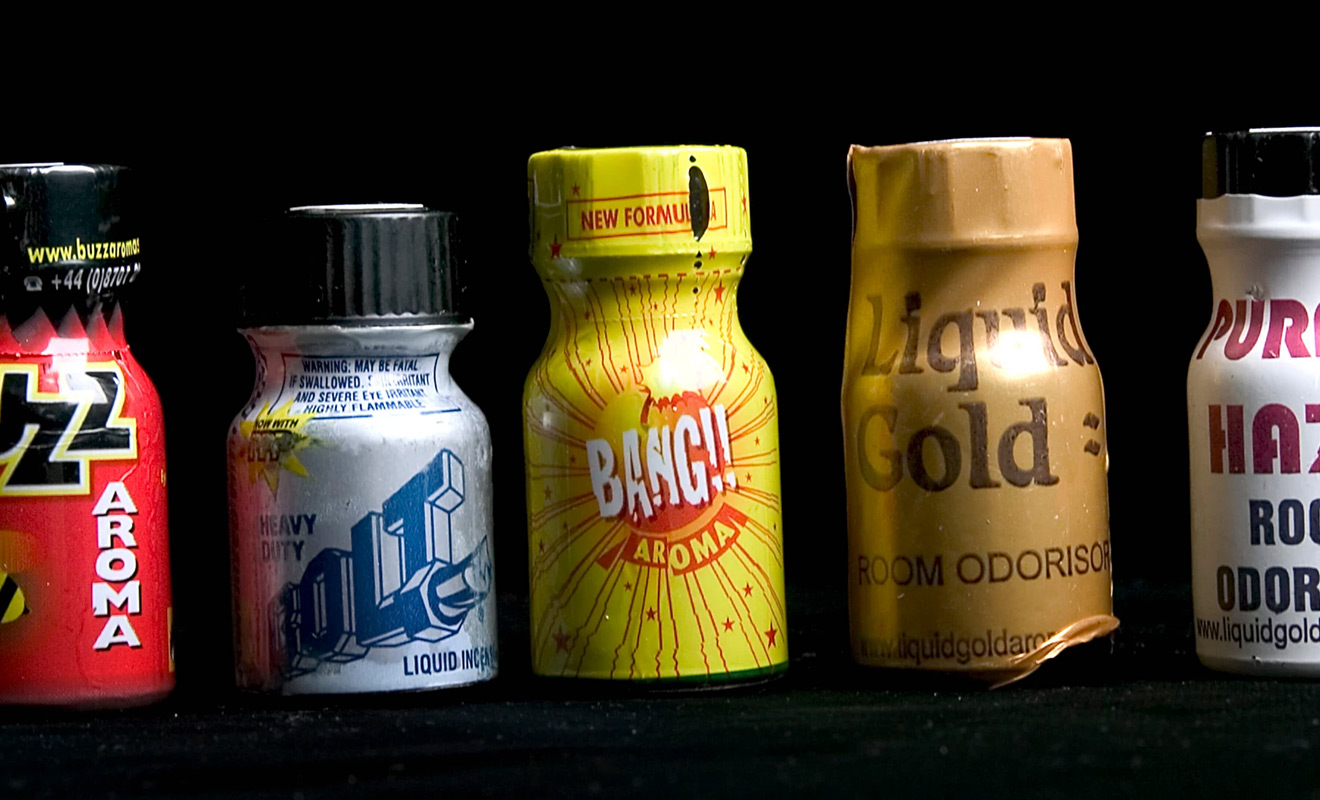 The Australian Therapeutic Goods Administration (TGA), an arm of the government’s Department Of Health, has released a detailed document proposing to make the sale use of amyl aka poppers illegal. The law change will classify the inhalant in the same category as heroin and cocaine, meaning those caught selling, using or in possession of the substance could face criminal charges.

Poppers are a chemical liquid that is inhaled for recreational drug purposes, typically for the “high” or “rush” it creates.

It is also used for its ability to relax involuntary muscles, such as the throat and anus, during sexual encounters, more so within in the gay community.

The report by the TGA targets a “particular” section of the Australian “community” as a “high potential for misuse and abuse” of the inhalant, stating that it is mostly used as a “sex aids due to their muscle relaxant properties.”

As part of the TGA’s risks and benefits analysis in the report, It bizarrely links risks associated with the use of poppers to “illicit” activities, such as for “muscle relaxant effects”.

The report also heavily details adverse effects of the personal use of the inhalant listing common side-effects of the substance include headaches, dizziness and temporary erectile dysfunction and states that there are “no therapeutic benefits associated with the use of alkyl nitrites”.

Medically it is believed that the use of poppers does not create long-term issues unless the user has pre-existing health conditions.

The Australian Alcohol and Drug Foundation have statistics on their website revealing that in 2016, only 4.2% of Australians aged 14 years or older had used inhalants in their lifetime, which is barely 0.8 per cent of the population and those stats are not limited to poppers and may have included petrol and paint thinners.

A change.org petition, seeking 2500 signatures, is asking the TGA to “not criminalise the sex lives of gay men and queer Australians that seek to have comfortable, consensual sex in the privacy of their own homes with the assistance of amyl/poppers.”

The proposed ban is set to take effect on the 1st of February 2019.