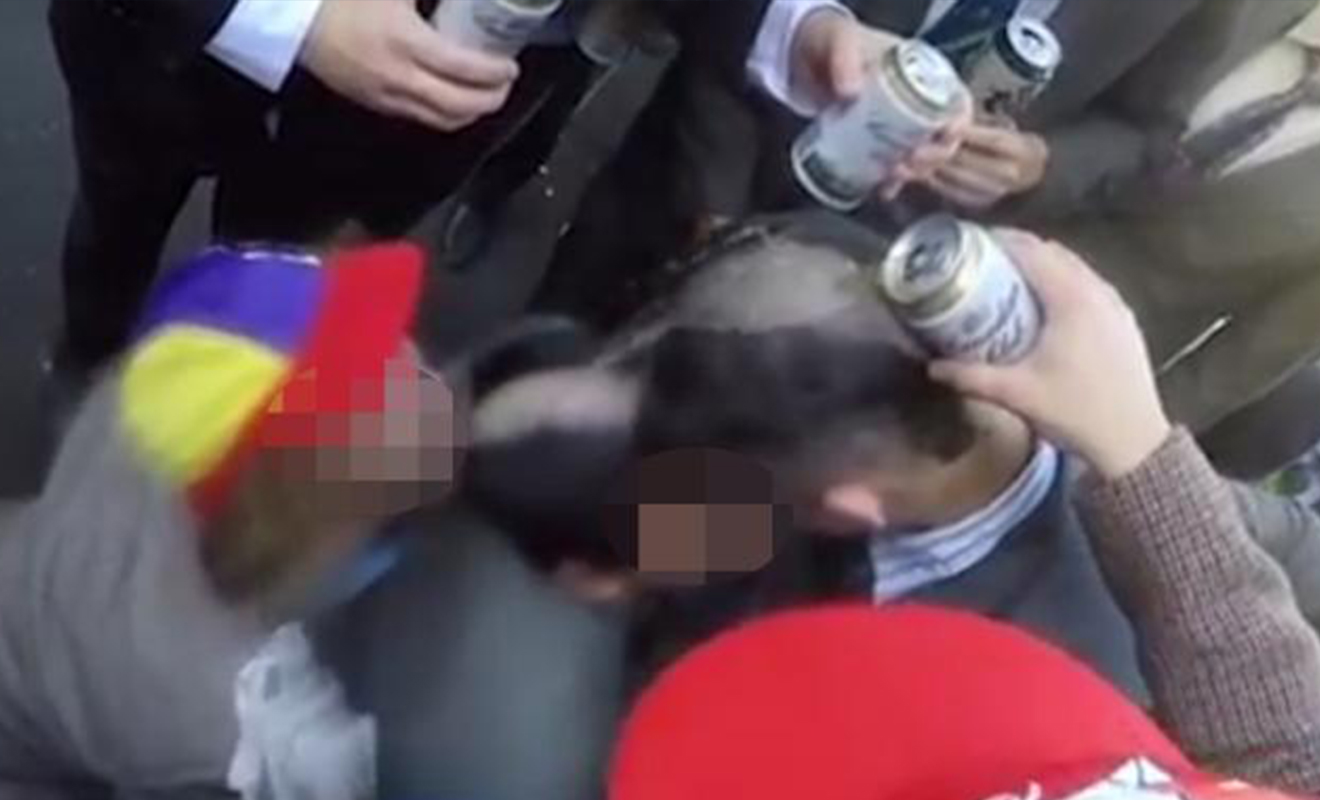 An expose on the University of Newcastle in Melbourne has revealed bizarre “initiation rituals.” from an annual Welcome to “Lads’ Weekend” that drinking beer from each other’s penises.

New.com.au reports that the students are forced to kneel in the dirt while another unzips his pants in front of him, the kneeling men are made to place his lips against the base of the standing man’s penis.

There the standing man makes a genital drinking cup, by pulling the skin of their pubic hair region forwards, from which the kneeling student can directly drink the alcohol from.

Other hazing initiations include students made to wear dog collars, eat off the floor, shave their heads and drink fluids from dirty shoes.

“A fresher would be assigned to a returning student and before they left the freshers would be given haircuts. The returning student essentially treats their fresher like sh*t who internalises it all as a rite of passage: we treat you like sh*t and next year you get to treat someone else like sh*t It’s a sick cycle.” Described a former student.

A spokesperson for the university said they “do not tolerate disrespectful or unsafe behaviour amongst members of our community. UoN has a robust framework for managing conduct issues and has clear measures to take action when breaches of our standards are found to have occurred.”