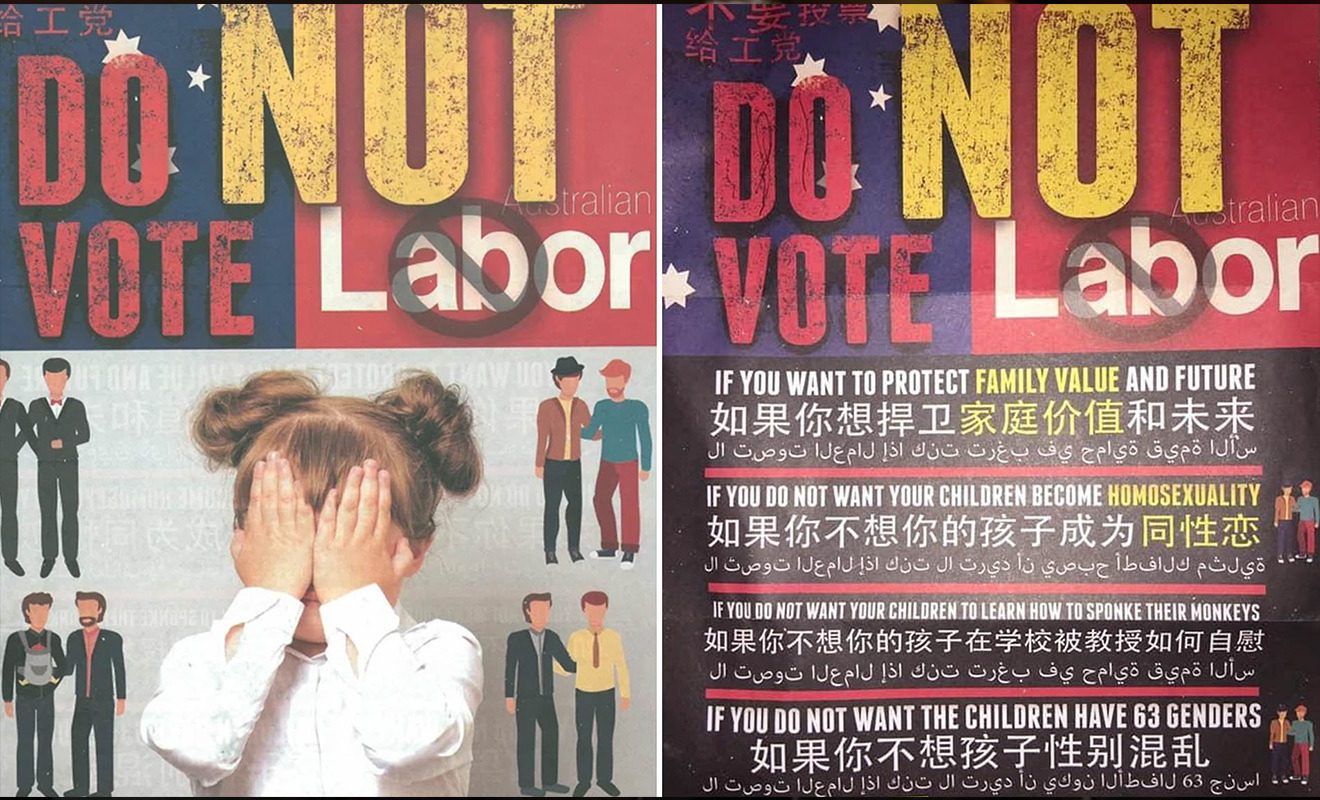 With state and federal elections on the horizon, a controversial flyer has been circulated int he Sydney suburb of Hurstville calling on voters to avoid Labor.

Written in broken English and a Chinese translates that a vote for Labor would risk “your children becoming homosexuality” [sic].

It is the same flyer that surfaced around the time of the same-sex marriage postal plebiscite in 2017.

The Australian Electoral Commission’s Phil Diak responded to the campaign drop saying that it like its earlier variants, does “not appear to be properly authorised from a federal perspective.”

No person or group has publicly claimed responsibility for the published materials.