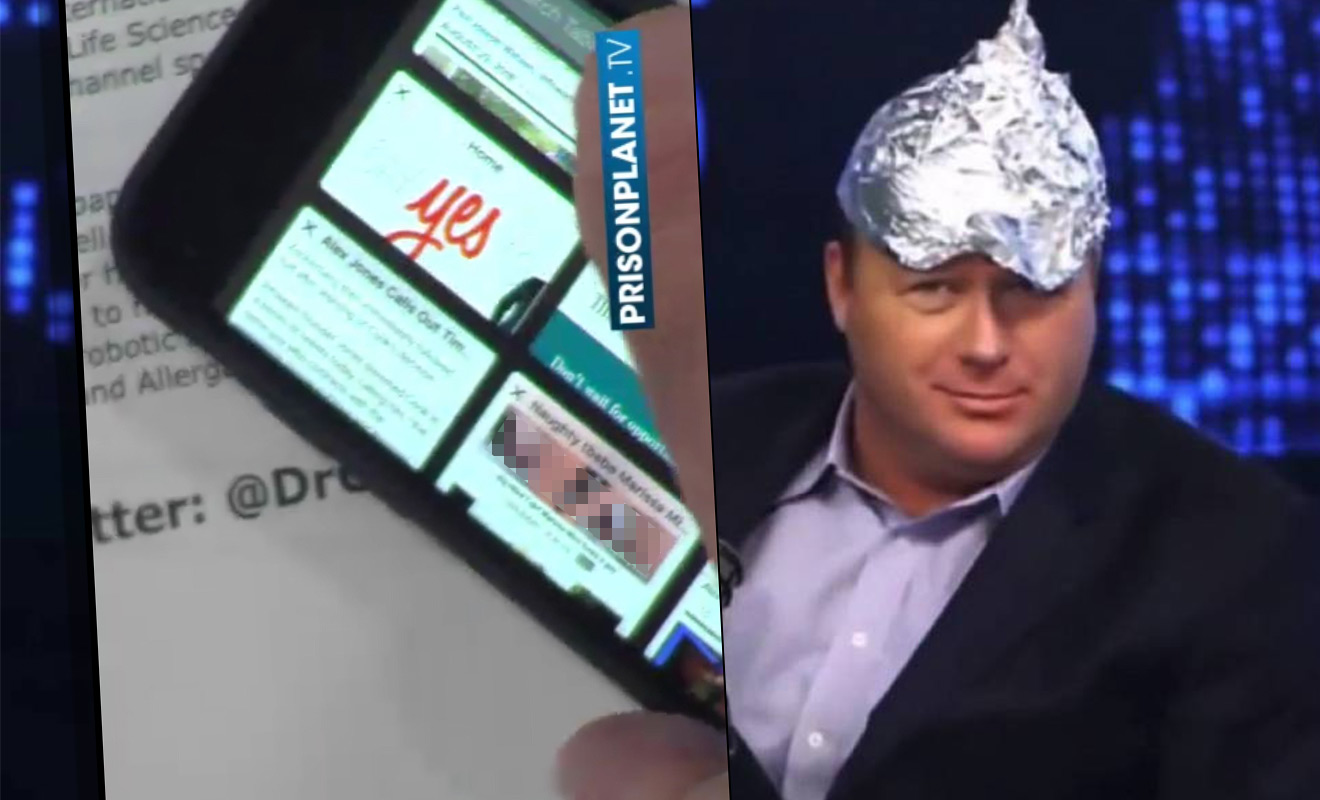 American radio show host and conspiracy theorist, Alex “Gay Frogs Are Real” Jones has responded to claims that he has transgender pornography on his phone.

Earlier this week a live video of Jones showed an open tab of a website titled: ‘Naughty tbabe Marissa Mi…’

‘Tbabe’ is a term used to refer to transgender adult film stars and the clip is believed to of actor, Marissa Minx.