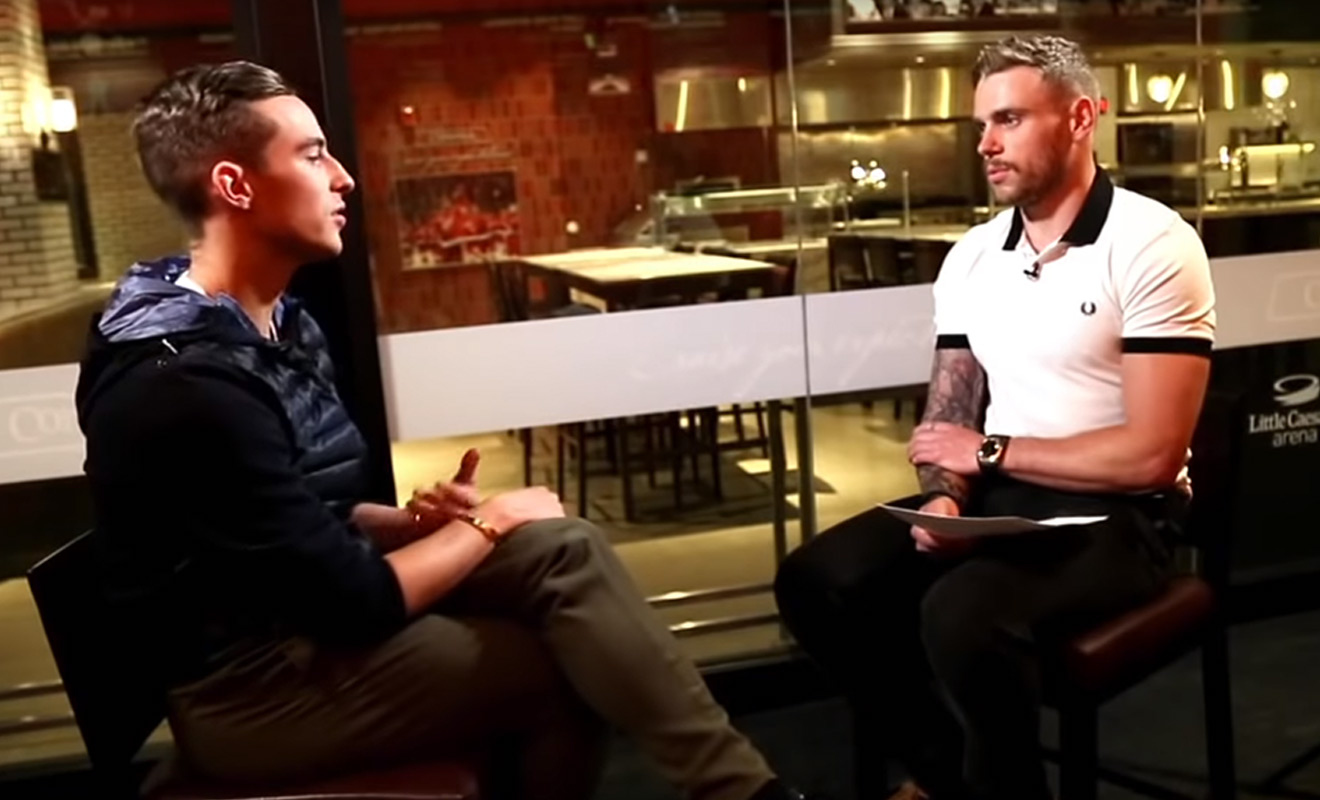 “Even if you wanted to, you can’t escape Adam Rippon!” Kenworthy said opening the interview.

The dynamic duo – who seem to spend more time with each other than their respective partners – sat down to discuss Rippon’s rise to success, political activism,  figure skating with attitude, becoming a voice for the LGBT community, Dancing With The Stars and how he was labelled the title of ‘America’s Sweetheart’.

“Here’s the thing,” Rippon explains, “I gave myself that title, I was thinking I feel like I am in a very powerful place right now. I’m going to say that I am ‘America’s Sweetheart’ once and see what happens.”

In the interview, Rippon claims he gave himself the title ‘America’s Sweetheart’ as a tongue-in-cheek challenge to test his newfound celebritism after the winter Olympics.

To Rippon’s surprise, in the next live TV interview he did, he says the term ‘America’s Sweetheart’ used to describe him in the onscreen news ticker at the bottom of the screen.

During the interview, Kenworthy asked Rippon: ‘If the current [US] administration was watching this [interview] right now, what would you want to say to them?’

Rippon replied: “I would say that the young people of America are watching and are acting,”

Watch the interview below including a very awkward attempt where Kenworthy tries to teach Rippon a new dance move.