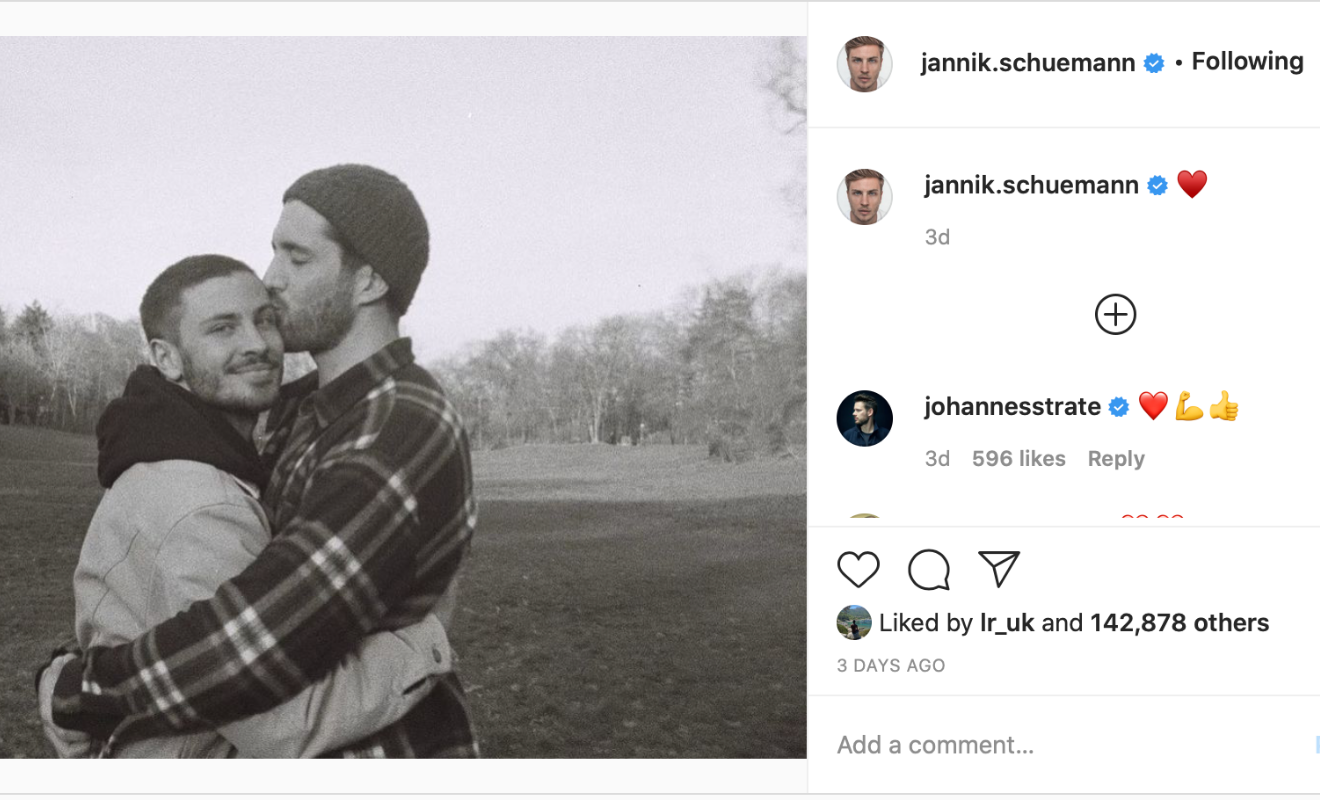 Jannik Schumann, a well-known German actor, has come out as gay via Instagram posting a photo of he and his boyfriend over the weekend.

In the photo, he and boyfriend Felix Kruck hug and share a kiss – Schumann captioned it with a love heart. The image was also shared by Kruck on his Instagram account, so you know it’s official. They’re together!

The post has received supportive comments. German Member Of The European Parliament, Rasmus Andresen, used Twitter to support the actor but also pointed out that actor’s coming out shouldn’t be newsworthy.

“Actors coming out is still news because too many people in our society are afraid of being open about their sexuality. All the best Jannik Schümann,” posted Andresen said on Twitter.

The 28-year-old actor has starred in German productions Close To The Horizon (Dem Horizont So Nah), Centre Of My World (Die Mitte der Welt), The Diplomat (Die Diplomatin) and The Aftermath. He will soon appear opposite Milla Jovovich in the English-language movie Monster Hunter.